The yearly Call of Duty game release schedule has been humming along for near a decade-plus now with no slowing down. In this time the games themselves have run the gambit from stellar (Modern Warfare 2019) to so-so (Cold War 2020). Call of Duty Vanguard shows up in another of the “off” years amidst rumors of next year’s Modern Warfare game and could very easily get lost in the swell of fall shooters including Battlefield 2042 and Halo Infinite. Somehow, though, it doesn’t. I admit, when jumping into Vanguard initially I was worried it’d be just another so-so game, and maybe the campaign is, but the multiplayer (although a bit basic in feel) is more fun to play than many of the last 10 years of Call of Duty games.

Call of Duty Vanguard jumps us back to World War II and includes various missions set with different soldiers at multiple points during the war. I won’t get deep into the plot, but the key to tying all timelines together is a secret Nazi project called Project Phoenix. Some of the missions involve capturing intel related to this project. The campaign is solid, if not memorable, and has you playing groups of mini-stories more than one over-arching plot. I enjoyed it more than the Cold War story, but it’s overall still a bit middling.

Multiplayer is where Vanguard shines. Most people may pass on Vanguard due to it being not the “main” studio or it being an “off-year” game, but if you really enjoy a solid shooter and like Call of Duty I would very much recommend not skipping over Vanguard’s multiplayer. It brings maps in from previous titles like Call of Duty World at War, and sets you up with WW2-era weaponry but keeps the Modern Warfare armory systems and special gun configurations. It seems like it shouldn’t work, and that the old guns should be boring, but the developers have done a great job of making each weapon feel good.

Tying this in with the above-average map design and frantic pace of the matches, this Call of Duty multiplayer feels much different and fresher than last year’s Call of Duty Cold War, which grew stale pretty quickly. The first season for the Vanguard battle pass is not up until December, and thus most of the Warzone add-ins (and new WW2 Warzone map), so I didn’t get to see how the WW2 weapons fare in a setting with modern guns, though. My only negatives around the multiplayer are that the post-match MVP are cool but undercooked, some of the weapons do need some buffs (which will come with time), and I could use a few more large maps. Being said, my complaints are few and far between thus far. We’ll see how I feel when Warzone and the battle pass open up with Vanguard items.

Call of Duty Vanguard on XBO 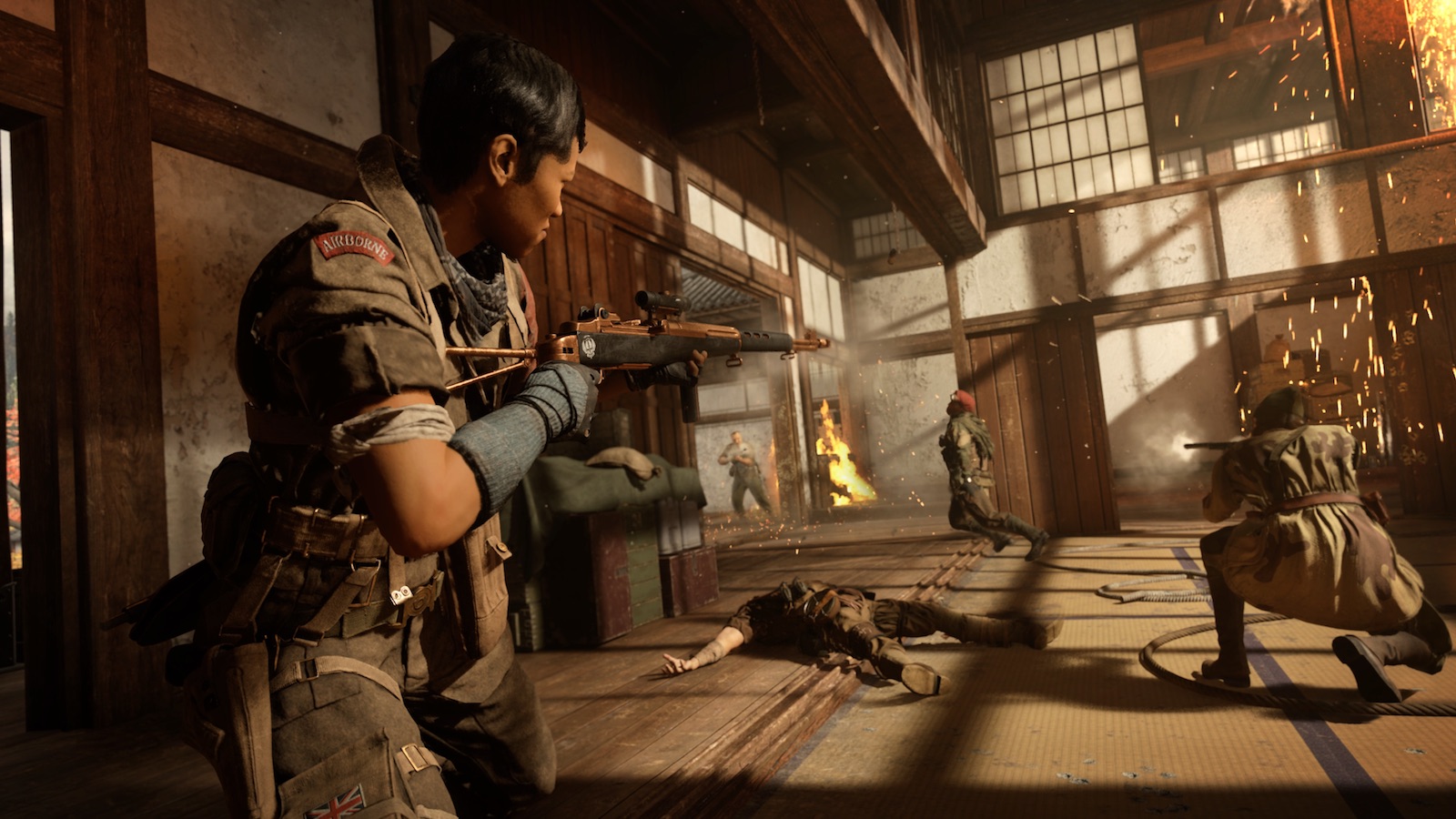