Ubisoft‘s Riders Republic is billed as something of an MMO game, but it actually takes a while before that becomes apparent in-game. You’ll spend a few hours where the only activities available to you are single-player events against ghosts. Even as a person who tends to prefer single-player games I felt like this tutorial period of the game was holding it back and not giving an accurate representation of what the game actually is. The one exception is the occasional “mass event” that pits 64 players in races of pure chaos. These are like if Steep had a lovechild with Fall Guys, and then set it loose in the national parks. They are insane and fun and frustrating in equal measures, and honestly, they are the best thing in Riders Republic. Once the other events open up to multiplayer the game improves immeasurably. This is a game that was designed from the ground up to be a multiplayer spectacle, and it shines there.

Riders Republic has two big things working in its favor right from the beginning. First, the map is a wonderful mashup of several major US National Parks that capture their majesty wonderfully. Second, the presence of dozens, if not hundreds, of fellow players wandering the map in real-time really makes it feel like you’re in a living world. What enhances this is that those other players aren’t restricted to those traversing the open world, but you can actually see races happening in real-time all around you. When you’re in a race you will also see the other riders going about their business around you, and even occasionally intruding on your track (don’t worry, they can’t interfere with the race). There is a sense of scale to Riders Republic that many games can only dream of.

The actual gameplay of Riders Republic is more of a mixed bag. There are a variety of activities you can partake in, but they are not created equal. The core activities revolve around the use of bikes, skis/snowboards, wingsuits, and jet packs, and then you can take on races or trick competitions in each discipline (with a few exceptions). For the trick games you’re given the option of an automatic mode and a manual mode for controlling the tricks, but manual gets so many bonus points that automatic is basically worthless if you want to be competitive at all. Even with the added challenges of manual mode, the trick events were just slogging that I endured rather than played. They quickly got relegated to ones that I would only do when I absolutely had to for progression reasons. But, your mileage may vary and these events did seem to be pretty popular with other players.

The races, by contrast, were far more engaging and entertaining, but not without their issues. The majority of the races are downhill events on a bike, skis, or snowboard and there is a genuine sense of speed and intensity to them. This does come paired with frustration as it is easy to miss checkpoints and essentially ruin your entire run when you do. Even in single-player, the rewind feature common in modern racing games doesn’t give you time back on the clock, it just resets your position. In single-player races against ghosts, you can normally recover from these mistakes, but against other humans, the race is basically done after just one or two mistakes. I think this will even out a bit as the game ages and the matchmaking gets (hopefully) better.

The other races are with jetpacks, and they were far and away my favorite activity in the game. The speed of the other activities remains, but navigating around trees and cliff faces in three dimensions was satisfying and entertaining all around. There’s a surprising abundance of obstacles in this mode, and mistakes are just as costly here as in the other modes. That said, I never felt as frustrated by mistakes I made here as elsewhere. I think wingsuits are also generally classified as races, but most of the events I did with them were focused far more on points, and it was just an unsatisfying event. Wingsuits ranked even below regular trick events for me.

In a game of this nature controls are everything, and this is another area that Riders Republic stumbles, but not fatally. In general, the controls are dialed in well enough that the game feels satisfying, but there are odd moments when the game can’t seem to decide between realistic and arcade controls and misses the mark for both. Things work better when Riders Republic leans into the arcade aspects rather than the realism. The opposite is true when talking about the game’s attempt at a narrative, and frankly, I wish they had just stripped it away. I recognize that you are not supposed to take the story seriously, but even with that I nearly cringed into a coma. It’s bad. On the flip side, individual events have a lot of character to them and can be highly entertaining. Within the first hour I had biked downhill in a giraffe costume (complete with exaggerated, floppy neck) and as a t-rex, among other things. The story and voice lines may be a misfire, but there’s still a lot to love in the presentation.

Riders Republic is one heck of a package that is absolutely loaded with content from day one. I think most people, like me, will not find every activity to their taste. The trick modes didn’t click with me, but a quick browse of forums shows they have their fans. So whether the recent Tony Hawk remakes have rekindled your love of trick events or you just want to barrel down a mountain with naught but a bike and a helmet there’s something for you here.

Being a modern Ubisoft game you can also expect that there’s more content to come, and indeed there’s already a year-one roadmap published detailing both paid and free content. The good news is that the paid content does look like it is mostly cosmetic aside from the BMX career, and the free content fills out the actual events. For all its flaws I think Riders Republic is a game most people will find something to enjoy in. That said, is it worth $60? I don’t think it is unless you are certain that you are going to love 80% or more of the events offered. If possible, I would suggest a rental or waiting for a free-to-play weekend (which are, thankfully, becoming increasingly common) to try it out before committing. 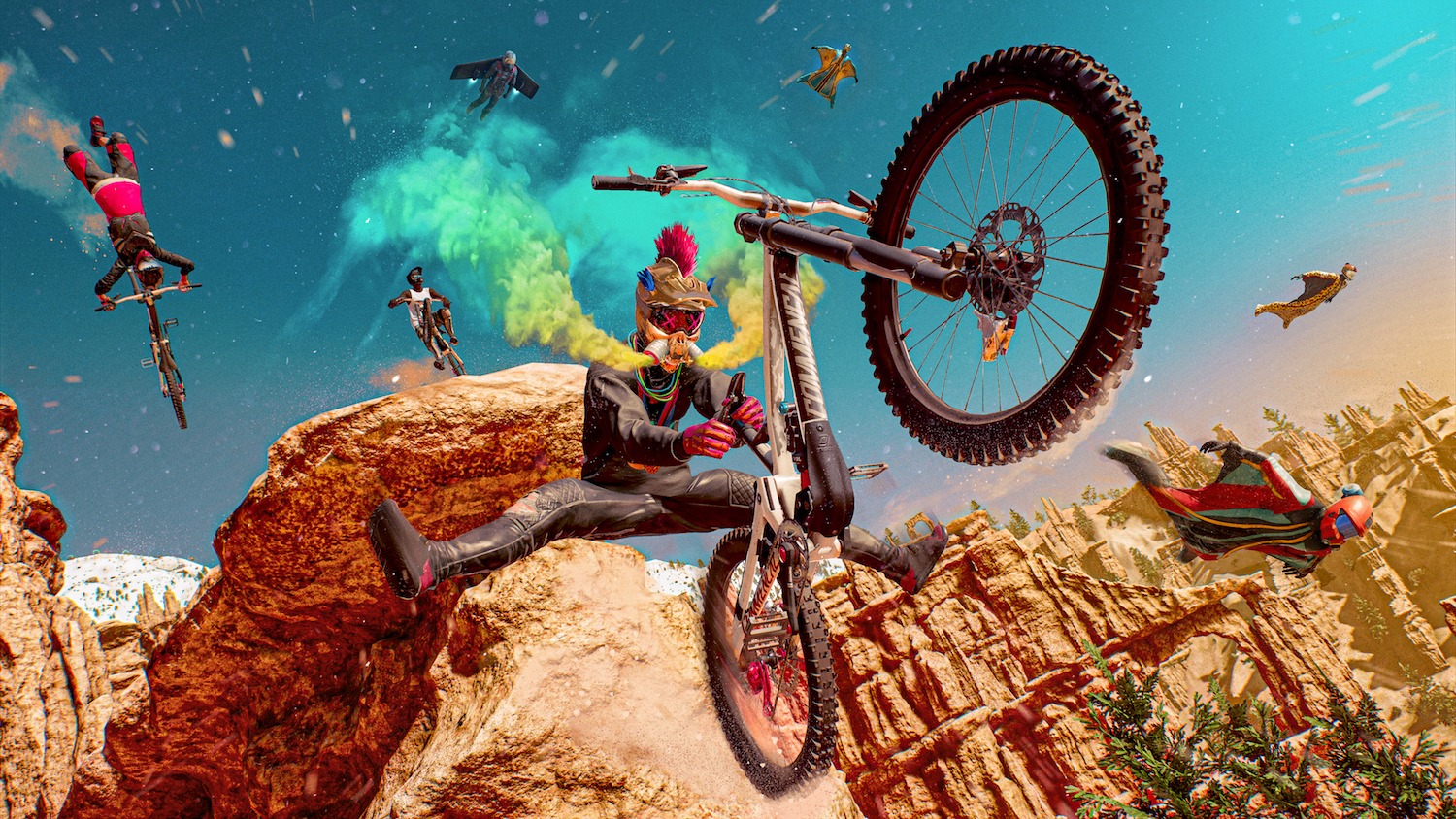