Call of Duty Black Ops Cold War from Treyarch and Activision is out now with the added benefit of being available to coincide with the launch of brand new consoles the Xbox Series X and PlayStation 5.

We’re going to start with multiplayer here, as that’s what most of the player base likely jumps into first. On Xbox Series X Call of Duty Black Ops Cold War can run at up to 120 frames per second if your display supports it and you use the included HDMI 2.1 cable with the system.

Overall, the game looks and runs fantastic on the 2020 next-gen consoles, and (a few bugs aside) is a great way to see how this new generation will benefit from more than just graphical improvements. The multiplayer is a ton of fun. It differs enough from last year’s Call of Duty Modern Warfare that it feels refreshing to someone like myself who has been on the grind in MW since launch.

In December Activision is set to combine the battle pass and XP systems in Cold War and Modern Warfare and introduce Cold War into the huge Warzone (Battle Royale/Plunder) mode. This is something I’m very interested to see, as the playstyle of Cold War is different, and the weapons and ‘TTK’ (time to kill) are different. Overall, though, Cold War multiplayer is a blast. My only complaint is the low number of maps, but that is set to be rectified with constant DLC drops over the coming months. You still have create-a-class, including the ability to build and customize weapons, you still have operators to select (albeit less right now) but everything is tweaked more to the Black Ops style. Perks are select three and a wildcard, killstreaks are now based on points instead of kills and do not reset on death (but are slower to gain) and the unlocks come a bit slower than the breakneck pace of Modern Warfare.

The campaign of Cold War is one of the better Call of Duty campaigns over the last generation. I loved Modern Warfare’s campaign last year, and Black Ops Cold War continues that love with solid writing, good characters, and exciting set-piece moments. The game begins with President Reagan essentially admitting to war crimes, and speed runs to the finish around 7 hours later. I don’t want to dig too much into the story, but it is a Call of Duty story overall and a Black Ops “THE NUMBERS MASON” derivative as well. It will surely hold your attention for the runtime and provides great levels to replay after all is done. There will be numerous better campaigns over the next year, but for a launch title, you could do far worse than Black Ops Cold War’s campaign.

Call of Duty Black Ops Cold War is a very solid, very fun title for a next-generation launch, or for those on Xbox One or PS4 looking for a new multiplayer title to hop into. The coming connection in December with Call of Duty Modern Warfare and the Warzone mode only adds more content as you’ll be able to sync levels and battle pass across games. This gives you two distinct styles of Call of Duty to play which decreases burnout. I am hoping more maps come sooner rather than later, but overall this was really my only major complaint. Well, that and a boost to Activision’s name filter, as some very offensive names have slipped through to multiplayer. If you’re looking for something to kill time until Cyberpunk, or just love Call of Duty, Black Ops Cold War is worthy of your money and should give you hours (and more likely months) of content and gameplay.

Imagine playing a game of Blackops with your friends online and suddenly you can’t keep playing because the power goes out. Imagine that you are even a proplayer and that you are playing a tournament and this happens to you. To avoid this type of problem, we must ensure that the electrical connections at home are in optimal condition. For this, there are high-quality companies with first-class professionals such as BSK Data & Electrical, who with all their experience can satisfy the high standards of their clients, guaranteeing a quality electrical service. See https://www.bskelectrical.com.au for more information. 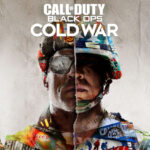