The Battlefield series is sometimes jokingly referred to as “betafield” in my friend group for their typical launch issues, and this name holds even more true for the release of Battlefield 2042 this week. Developers DICE had an actual beta a few weeks back and the majority of players hoped that most of the issues were ironed out before release. Some have been, but most have not. Battlefield 2042 is not a bad game, in fact, it can be downright a blast to play… when everything is working. When it’s not, it’s a nightmare of error screens, crashes, and more.

The game itself is multiplayer-only, consisting of a few key modes. battlefield’s bread and butter, Conquest Mode, is back and as good as ever. Conquest is set in the “All-out Warfare” playlist that is your more typical game mode playlist with Breakthrough Mode also within (a tug-of-war style mode). A brand new game mode called Hazard Zone debuts with 2042 and sets squads of up to 4 players against other real player squads to gather intel and deliver it to an extraction point, while also fighting NPC characters. Finally, what might be the coolest new mode, is Battlefield Portal. Portal is a custom game area that allows players to set rules and choose maps from previous games in the series like Battlefield Bad Company 2, 3, and Battlefield 1942. This mode is what I believe we’ll see the most community involvement in, and could really take off for DICE and EA.

Battlefield 2042 plays similarly to past Battlefield games on MASSIVE maps. Sometimes the maps feel a bit too big, especially when spawning without a vehicle and having to run to a point 400 meters away. The weapon-set is fairly standard and feels a bit minimal when compared to Call of Duty, which was also recently released. You can also choose classes but in a detour from standard Battlefield, the classes are more just a visual skin and you can customize them with nearly any weapon and skill (health packs, ammo crates, etc.). This is an odd choice from DICE and seems like a direct answer to Call of Duty’s specialist characters. The Battlefield series was always special in having distinct classes that could do things others could not, and changing that feels a bit cheap.

Overall, Battlefield 2042 is still a ton of fun to play when it works. I was plagued with server errors, a crash or two, and just numerous bugs in-game causing my fun to be hindered. If DICE can speed through some updates it would really help, but the idea of releasing games in what feels to be a beta state is not something I love.

If you’re a Battlefield fan I’d advise you to still pick up 2042 but realize you may have to deal with issues for a few weeks/months while DICE releases updates. If you’re more of a casual fan I would recommend waiting a few weeks. With games like Call of Duty and Halo Infinite that are out, or soon to come out and have been proven to work you may not have time for games that don’t quite respect your time. Battlefield 2042 is a fun game and has a ton of nice improvements from past games in the series, but that’s only when it actually works. 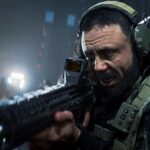