The hunting game genre is very niche with only a select few games available to play. Now, Nine Rocks Games decided to throw their proverbial hat into the ring with the recently released Way of the Hunter game.

In Way of the Hunter, you take the role of River, a young man who inherited Bear Den Ranch from his Grandfather. Initially, you are presented with a series of tutorial missions to learn the basics of using your weapon and navigating the environment. These include killing some pesky badgers, to traveling across the map to find signs of all the animals in a particular region of the map.

The graphics in Way of the Hunter are stellar with animals looking and acting incredibly realistic. In addition to the animals, Way of the Hunter provides the player with two beautiful and expansive maps, Nez Perce Valley based on North American geography, and Transylvania, a European map. Fortunately, you can traverse the map using a car that can be summoned from various locations and drive to your favorite hunting area. There is also a photo mode included to take gorgeous panoramic shots of the scenery or to take that selfie showing your latest kill.

Hunting is obviously the core of the game and Way of the Hunter grants players a wonderful and almost too realistic experience. Animals behave realistically and if you get too close to them, they can hear you or smell your scent on the breeze and run away. Use Hunter Sense to focus on your environment and reveal animal sounds and tracks nearby. Your binoculars, combined with Hunter Sense, let you spot animals hundreds of meters away and see what trophy level they are.  Eliminate the smaller trophies in a herd and later when you see the same herd there will be larger trophy animals to kill.

Take aim, take a deep breath, and fire. Once you’ve hit your target, move in and look for the blood trails left by the animal if you can find them. This is one area of the game that can be frustrating. There have been many times when I would see a blood trail, only to lose it for 5 minutes before accidentally stumbling upon my animal. After finding your animal carcass, the Way of the Hunter provides you with a great Bullet camera system showing you exactly where and at what angle you hit your prey, the organs damaged and when the momentum of the bullet stopped doing damage. A progression system is available letting the hunter earn perks. These perks include things like the ability to hold your breath longer and a decrease in the amount of noise you make when walking. Information seekers will enjoy the Encyclopedia feature include. There you will find detailed information about each animal along with facts about the various weapons and gear found in the game.

Nine Rocks Games brought their “A-game” with Way of the Hunter, providing the gamer with a great and time-consuming hunting simulation. There are a few issues here and there, but Nine Rocks Games actively listens to the community. An update was recently released that fixed some bugs as well as added features that didn’t make it into the release build such as a FOV slider and key bindings. There are already at least two new maps in the works and I’m sure we will see additional DLCs in the future. Way of the Hunter is currently available for the PS5, Xbox Series X|S, and PC for $39.99 USD.

Way of the Hunter on PC 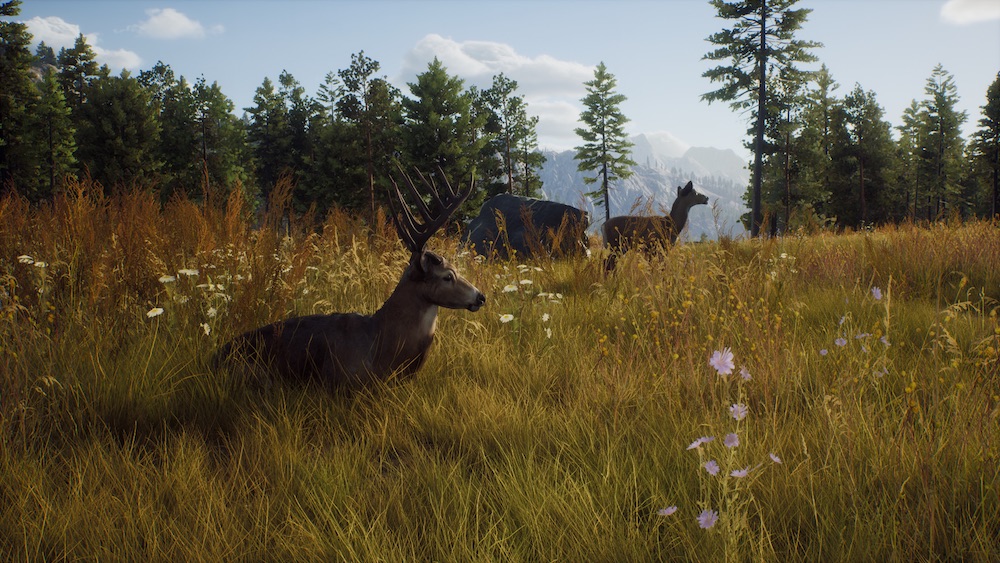 Way of the Hunter Review Score