No More Heroes 3 can be summed up in one simple word: juvenile. To give you a few more words, it is immature, crude, and entirely over-the-top, and for a lot of people, it is going to hit just the right buttons. If you have played a previous No More Heroes game then don’t bother reading the rest of this review, you can judge how No More Heroes 3 will suit you based on your previous experiences with terrifying precision. If you have never had the chance to experience No More Heroes before, then read on, and pray for your soul.

The star of our game is Travis Touchdown, an otaku, and an assassin. He has an array of absurd gadgets at his disposal — most prominent of which is the beam katana — and numerous idiotic friends to assist him. Most of the skills he earned in previous games carry over, so you start off already quite powerful. To combat this your primary antagonists for most of the game will be powerful aliens. If you are a fan of sci-fi media you will spot many, many references scattered about as you progress.

The core gameplay of No More Heroes 3 is the strongest point. It follows the traditions of some greats like Devil May Cry and Bayonetta, with a pleasingly fluid combat system. In addition, there are several side quests to participate in as you fight your way through the ranks of the top alien leaders. These are hit-and-miss in terms of fun and engagement, with more misses than hits for me, but are generally pretty short. As with everything else in the game, they are also loaded with references and tongue-in-cheek nods to the player.

The stars of the show are definitively the boss battles. The developers went all out with these, and you never know what to expect from them. I feel it is best to not spoil these for you, but be aware you will be crossing several game genres in your quest to get to the top of the alien rankings. Actually getting to the bosses can be rough, though, since you will have to grind quite a few quests to unlock each new rank. It definitely gets tedious.

No More Heroes 3 falters a bit when it comes to graphics, but it makes it back up with the presentation. The actual graphics in the game are acceptable, but nothing special. The textures are often bland, non-combat animation is stiff and large parts of the world feel empty and not lived in. Another problem is that, despite not apparently pushing the boundaries on modern systems, texture and background pop-in is common and distracting. I will assume that this is mostly a concession to keep the frame rate smooth, which is important for an action game of this type. It is, however, quite noticeable that sacrifices were made, even if it is not clear why. The presentation is a different story. You can tell that a lot of attention went into how information is presented to the player, even as it is overloading your senses at every turn. This game revels in plastering every color ever discovered onto the screen at once, and probably inventing some new ones for good measure.

For me, No More Heroes 3 was just a bit too much, but I knew that would likely be the case going into it. I can’t hold it against the game, because it is not shy about telling you exactly what it is right from the beginning. There is no rug pull here, No More Heroes 3 never pretends to not be crude, insane, and utterly bizarre. And it delivers on all that it in spades. This may not be a game you show off as a system benchmark, but this is still a solid game. If, and it is a big ‘if’, you can stomach the sheer absurdity of the game.

No More Heroes 3 on Xbox 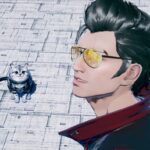