Microsoft’s Press Conference at E3 Expo 2016 was mostly exciting with lots of exclusives and a handful of reveals.  The big announcement was confirmation of Xbox One S ($299) a white slimmer console coming soon and Xbox Project Scorpio a beefy machine built for 4K and VR will be coming later.

Gears of War 4 (Xbox/PC) confirmed co-op mode and horde mode for the game and the developers showed an extensive gameplay demo.  Gears of War 4 looks much like before with the same gaming mechanics and crazy stuff happening onscreen at all once.

Killer Instinct developers announced that General Raam a Gears of War character will be coming to the fighting game.  Forza Horizon 3 was showcased and contains a wide variety of cars to race featuring open world gameplay and ‘instant co-op’.  Forza Horizon 3 will release on Sept 27, 2016 for Xbox One and Windows PC.

A game called Recore was announced for Xbox One and Windows PC and looks like a third person shooter with platforming elements.  The Division ‘Underground’ DLC was given a teaser and announced to be coming to Xbox One first.  Battlefield 1 developers took to the stage to show the same trailer we saw the day before at the EA Press Conference. 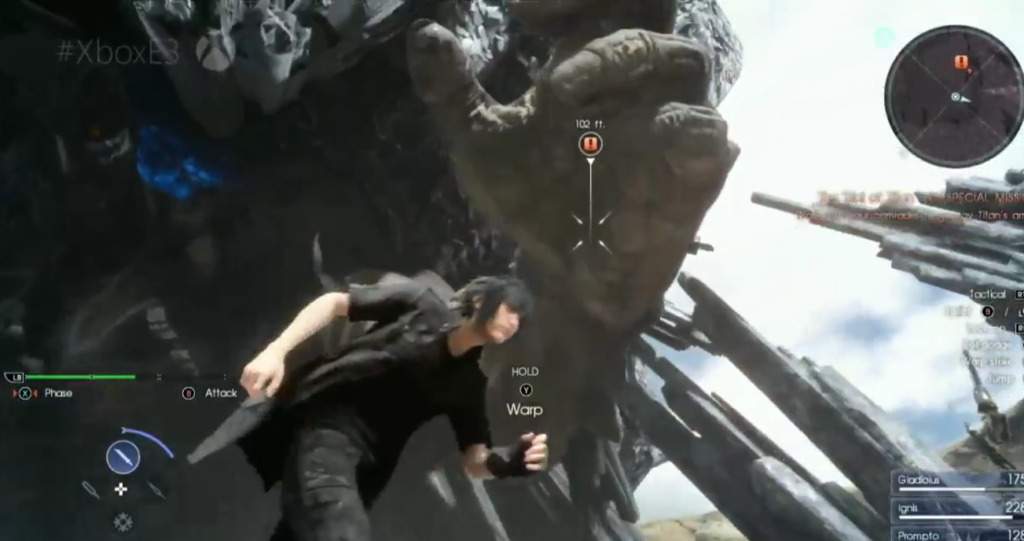 Final Fantasy XV was given an extensive gameplay demo on stage – we saw the characters fighting against a giant who kept swinging his fist at them.  The player in the Final Fantasy XV game appeared to mostly be dodging the blows or getting hit – eventually defeating the opponent.

Minecraft developers announced a cross platform play called ‘The Friendly Update’ which will be compatible for Windows Live, Windows 10, iOS, Android and Gear VR Devices.  The onstage demo featured one person playing on an Android tablet in co-op with someone playing on a iPad device.

We Happy Few is a new game announced that sort of looks like something set in the BioShock Infinite universe.  In the game everyone appears to be hooked on a drug called ‘joy’ which changes your perception of reality.

If you love The Witcher then get ready for Gwent a new online card game inspired from fan support and characters in The Witcher Universe which aims to launch in September 2016.

Tekken 7 game developers showed a gameplay trailer and gave a release date for ‘early 2017’ on the launch.  In the gameplay we saw Akuma and Heihachi duking it out in a heavy-fisted brawl much like something from the latest Street Fighter game.

Dead Rising 4 was announced with Frank West back again doing his thing and fighting zombies.  This time around Dead Rising doesn’t appear to be a Microsoft exclusive so we’ll see what becomes of the game’s popularity.

An extensive gameplay demo for Scalebound (Xbox One/PC) was shown featuring co-op gameplay.  We witnessed a large battle with dragons and sea monsters that reminded us of older Capcom bosses battles.  Scalebound is set to release sometime in 2017.

Sea of Thieves included a gameplay demo featuring a handful of ‘lets play’ online personalities talking and goofing around while playing the game.  Sea of Thieves has simple blocky graphics and a cartoon look to it but has a fun blend of pirates and adventure to it.

The last video game showcased at the Microsoft Press Conference was Halo Wars 2 from 343 Industries.  Halo Wars 2 is a ‘real time strategy’ game set in the Halo universe with mechs, aliens and soldiers on a large scale battlefield.  Halo Wars 2 will launch on Xbox One and Windows PC in February 2017.