IO Interactive brought the Hitman franchise back with the episodic Hitman video game in 2016, and as gamers discovered the quality and depth within it, the series evolved into a full release. Hitman 3 is the final entry in this story arc and launches with the ability to replay Hitman 1 and Hitman 2 in the new engine (if you own them currently on the same platform) and jump right into the story of the third game. Launching on PC (Epic), Xbox, and PlayStation, Hitman 3 brings a similar-feeling Hitman game into the new generation with some subtle, but effective upgrades.

The key to the newer games has always been the varying range of ways to complete each mission. On this key factor, Hitman 3 excels. Each level feels like it’s clearly its own distinct environment and each is themed in a way that makes the search interesting. From a German nightclub to a chateau in the countryside, every mission adds some unique ways and locations to finish off your target.

The weapon selection is also unique, giving you pieces to find and go back to find long after you’ve finished the mission for story purposes. You still get multiple difficulty levels for each mission as well, so if one is too hard you can always change it. On top of all this is the sheer replayability of Hitman 3. Each time you beat a level you get a giant list of items and scenarios that you did or did not find. You also unlock new drop points to start each mission from. There is PLENTY here to keep you busy for years.

The ultimate overview is mainly that if you enjoyed Hitman 1 and 2, you’ll enjoy Hitman 3. It’s not different enough to pull in a ton of newcomers, but it’s an iteration on the formula that has worked twice before. If you’re new to Hitman but enjoy stealth games (even on easy), I’d say give Hitman 3 a chance. It’s at its best when you run around a level finding all the ways to carry out the mission and dealing with angry security guards. Hitman 3 is easily a continuation of 1 and 2, but with just enough new stuff to keep pushing people through it. 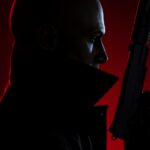