Farming Simulator video games are a very niche genre with a very dedicated fanbase that loves the genre and is loyal to the experience. It’s been a few years but Giants Software is back with Farming Simulator 22. Let’s take a look at how this release compares to the last version, Farming Simulator 19.

The first thing I noticed playing Farming Simulator 22 was the visuals. Starting the game, you are presented with an enhanced Character Creator, giving you many more options to customize your character.  While working the fields you notice that not only are the graphics crisper but there are also updated textures indicating the status of the field. Plowed fields look different than planted fields due to the texture updates. In previous releases, if you wanted seasons on your farm, you would need to download a Seasons mod. Farming Simulator 22 includes this optional feature in the base game. Season lengths can be adjusted from one to several days. Along with seasons, there is a crop calendar letting you know when to plant and harvest the various crop types. The game will also let you know if you try to plant an out-of-season crop. Speaking of crips, there are three new crops available to harvest: grapes, olives, and sorghum.

Moving to the audio side of the game, the sounds continue to improve. Giants Software introduced a new sound engine allowing for a greater variety of sounds in the game. Engine sounds now vary not only based on the terrain but also on the weight of the load you are carrying. There are additional new sounds for gear shifts and trailer hydraulics along with many others thanks to the new sound engine. As a bonus, this new audio engine tool will be available for the modding community.

The gameplay remains fairly the same as previous iterations with a few new additions. When driving the vehicles, the physics and weight distribution feel more realistic. Your vehicle is more sluggish going uphill with a heavy load. AI workers have been improved and now can be assigned tasks to move harvested crops to various locations on the map. Production chains are a new feature in Farming Simulator 22 allowing you to use items such as sugar cane and beets to create sucre which is required for pastries. The build mode has been enhanced with additional building options including a nice drag-and-drop fence placement tool.

Farming Simulator 22 is a great update to an already established franchise. The graphical updates and additional features make this a lot of fun to play and provide a great relaxing way to pass the time. The game is currently available for PC, Mac, PS5, PS4, Xbox Series X|S, Xbox One, and Stadia. 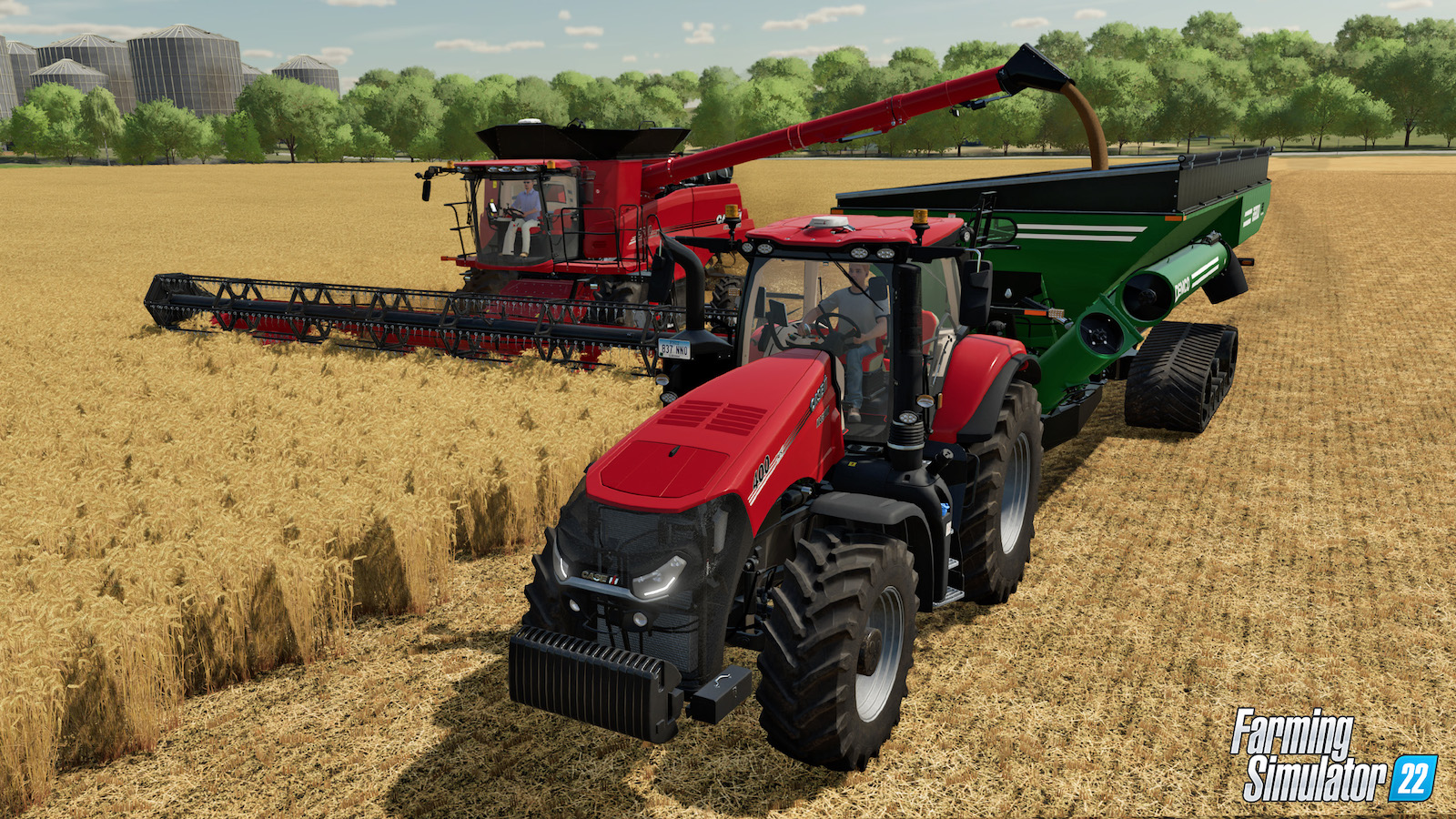