I have been playing Milestone S.r.l. games for a while now, but MXGP 2021 is my first foray into their motocross line. Coming from games like Ride 4 and MotoGP 21 I thought I might finally have this motorcycle thing in hand, but it turns out the only difference is I’m eating a lot of mud instead of asphalt. Despite that, I did find the motocross experience more fun than the sports bikes, and right now MXGP 2021 is my favorite Milestone S.r.l. title.

MXGP 2021 has only a few modes available at launch, but honestly, it is probably enough. The career mode makes up the bulk of the single-player experience, and there is a decent variety of multiplayer offerings for those who prefer human opponents. One of the key features for multiplayer is the ability to play on custom tracks, which is a pretty fun addition. The track editor only takes a little bit of practice to get used to, so challenging your friends to crazy creations is certainly something you can aim for. There’s also a playground mode which reminded me a bit of Ubisoft’s recent Rider’s Republic game, but without the feeling of it being filled with other players. I would have set the playground mode aside after my first venture into it if I didn’t need to make sure I wasn’t missing something, but I still didn’t find anything on subsequent trips.

The controls in MXGP 2021 are intuitive enough for beginners but will require practice to master. Unlike the Ride and MotoGP games, I felt like I could jump straight into MXGP 2021 and not perpetually finish in last place. That said, the bikes handle loosely and it takes a while to figure out their handling characteristics, especially on tight turns. Additionally, this is one of those racing games where it feels like the race is decided within the first 45 seconds, and only crashes might change that. As you get more powerful bikes this does become less of an issue, but never fully goes away. I made liberal use of the rewind feature simply to maintain position.

Graphically, MXGP 2021 might be Milestone S.r.l.’s best effort yet. The tracks look nice and feel like they’ve hosted their share of races, and each has its own characteristics. The dirt and mud on the tracks deform over subsequent laps, although this seems to be a visual change only. The bikes and riders are also good, but I think players will be disappointed to find they can’t customize their livery. Certainly, it is a much more visually interesting game than Ride 4 and MotoGP 21, both of which often felt like the tracks were empty.

I never played MXGP 2020 so I can’t compare this year’s offering to it, but I can say that this is a solid game for people looking for some Motocross adventures. The list of modes is small, but I kind of prefer that to a long list of variants I’ll play once and then never touch again. The biggest question will once again be how popular the online modes will be, and if they will have the player base to support it until the next iteration. I was able to join races easily in the week following the launch (and got smoked by most of the other players), so I think there is longevity here if multiplayer is your forte. If single-player is more your thing, as it is mine, you’ll find the career mode meaty enough to dive into and get your money’s worth. Either way, if you’re looking for the motocross experience this will meet it. 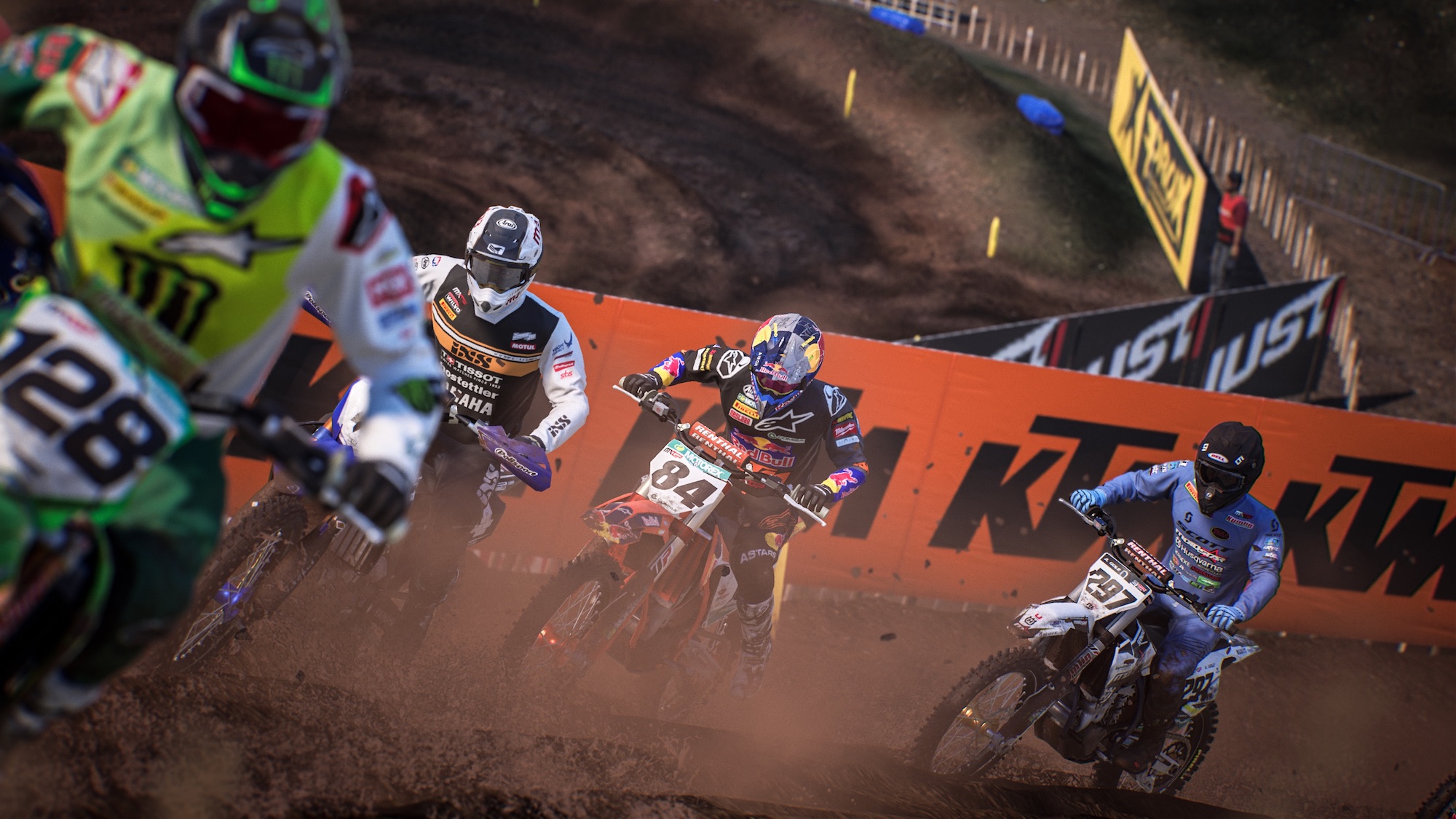