The annual release of Call of Duty is once again upon us! 2018’s game was developed by series veterans Treyarch Studios and is actually a decent departure from the standard Call of Duty formula we’ve seen in the past few years. The current rise of Battle Royale modes in games like Epic’s Fortnite and PlayerUnknown’s Battlegrounds (PUBG) have forced developers to look at the format and determine if it would incorporate well into their games. With Call of Duty Black Ops 4, Treyarch decided that yes, Battle Royale would work well in their game, and they were not wrong.

Call of Duty Black Ops 4 adds a new mode called Blackout which has many similarities to the now famous PUBG Battle Royale mode. You drop into a game, grab guns, ammo, armor, attachments, and even perks, and fight to survive as long as possible. Along-side Blackout is Call of Duty’s traditional multiplayer and Zombies modes. One glaring omission this year is the lack of story campaign mode.

Call of Duty Black Ops 4 alters the Battle Royale formula by adding its own fast-paced shooting, perks, more vehicles, and even random zombie attacks. Overall the mode is fantastic, and a must-play for anyone that loves Battle Royale mode and the Call of Duty mechanics. You can join solo, or even with a squad of four, the maps are the biggest in Call of Duty history, adding to the mayhem with choppers and boats all around making sure you stay on your toes. The greatest achievement for Blackout mode might just be the way it just works. Having only dabbled in PUBG, performance and bugs were always an issue, especially on the Xbox One. Blackout in Call of Duty just works, even on day one, and provides an ultra-smooth experience.

The standard multiplayer mode is back and just as good as you remember if you’re a long-time Call of Duty fan. Personally, I was not a huge fan of the last few Call of Duty games due to the ton of added mobility options and insanity. The good news with Black Ops 4 is most of the traversal options are back to earlier Black Ops levels, and the gunplay is as sharp as ever.

Call of Duty Black Ops 4 is an interesting package and concept. It adds a super popular game mode in Battle Royale but does enough to make it feel unique. It brings back and perfects the standard multiplayer and zombies modes, but it doesn’t include a single player campaign. Whether that was a great idea is yet to be seen, but what is in the package is a fantastic return to form for Call of Duty multiplayer experiences all-around, and even long-time fans will be happy to have the old-style Black Ops gameplay back that they know and love. 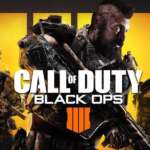