Titanfall is set to launch this coming March, the 11th (in the US, 13th in EU) to be exact, and today gamers have another piece of merchandise to make a purchasing decision on. Microsoft, EA, and Respawn Studios announced the Titanfall limited edition Xbox One controller coming in time for the game’s launch on the 11th.

The limited edition controller features art inspired by the game and collaborated on by the Xbox design team and Respawn art department. Both studios created the controller design based on the C-101 Carbine, a weapon used by the titan pilots in the game. Titanfall looks to be shaping up great based on the early media and coverage so it’s always nice to have custom controllers for those who love collecting things related to their favorite games. Microsoft has always done a solid job of making custom controllers and consoles.

March begins the onslaught of next generation games and Titanfall may be the biggest. Fans can be ready for launch with the official controller, it is currently available for pre-order at the Microsoft Store. 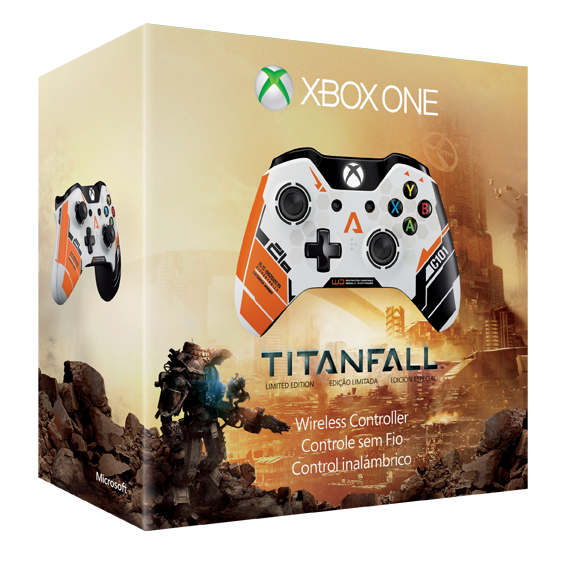