Rogue One A Star Wars Story is the newest Star Wars movie (2016) which takes place after the prequels (Episodes 1-3) and before Star Wars Episode IV A New Hope.  You may not have any idea of where the timeline is placed since Rogue One is the first Star Wars movie not to include a text crawl explaining events that have transpired prior to the start of the film.  Rogue One comes from director Gareth Edwards who also made Godzilla (2014) which earned him much praise and respect in the industry.  The movie has a cultural diverse cast including Felicity Jones (Jyn Erso), Diego Luna (Cassian Andor), the voice of Alan Tudyk (K-2SO), Donnie Yen (Chirrut Imwe), Wen Jiang (Baze Malbus), Forest Whitaker (Saw Gerrera), Riz Ahmed (Bodhi Rook), Mads Mikkelsen (Galen Erso) and Ben Mendelsohn (Orson Krennic).

Rogue One is about a group of rebels who steal the plans for the Death Star – something referenced in Star Wars IV A New Hope and other source material.  Is this the Star Wars tale you’ve been longing for all of your life? Maybe not but Disney and the powers that be have decide it is one worth telling and it helps connect the dots between the prequel films and the sequels.  Rogue One does an excellent job of grasping the feel for the original films with its visuals and sounds and there’s even plenty of X-Wings and AT-AT walkers on screen.  In many ways Rogue One feels like a large scale production of a ‘fan film’ complete with a long list of ‘Easter Eggs‘ which mostly feel completely out of place.  The movie contains many strange decisions like using computer generated actors, not much in the way of The Force and Stormtroopers running along the beach.

Rogue One A Star Wars Story will leave you entertained and fulfilled but ultimately it didn’t wow us or surprise us in the same way that Star Wars The Force Awakens did.  Rogue One doesn’t raise the bar but does a nice job of filling in the gaps and telling a mostly coherent story that a movie goer or Star Wars fan will appreciate and enjoy – something George Lucas had difficulty with when he made his prequel Star Wars (Episodes 1-3) films.  The most enjoyable scenes are with K-2SO who stole the show and the least enjoyable moments are with the villain Orson Krennic played by Ben Mendelsohn who was poorly cast.

Rogue One A Star Wars Story 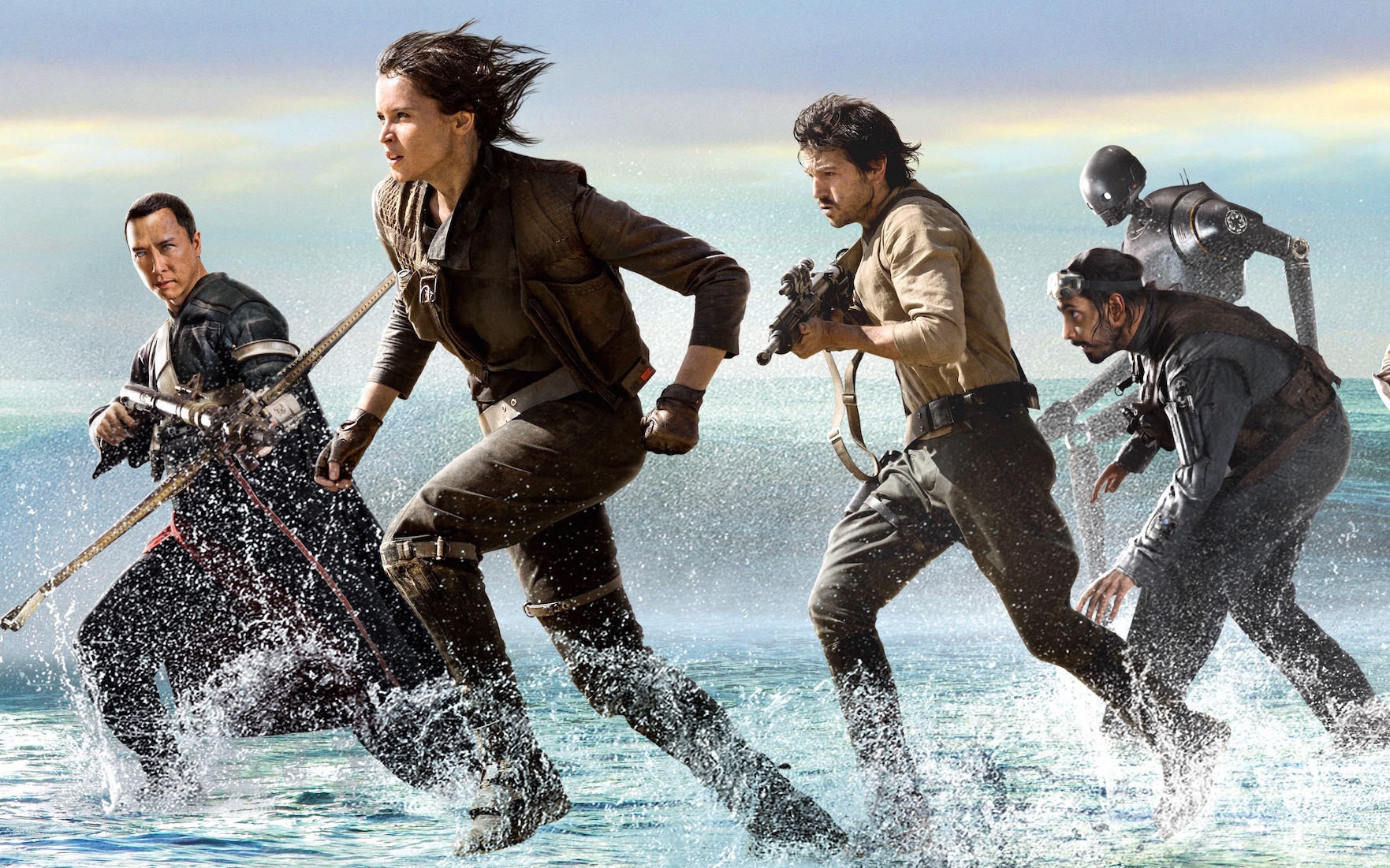 Rogue One A Star Wars Story

Compare Rogue One Toys on eBay