In the 1970s we were introduced to Jaws – a movie about a shark terrorizing swimmers. Maneater by Tripwire Interactive turns the tables and lets the shark shine. In the game, you witnessed the murder of your mother by the hands of the notorious shark hunter Scaly Pete and now you are out for revenge.

The graphics in Maneater are good. As your shark moves through the various grottos you notice how each one is unique and how the light refracts through the water. Dive deeper and that light fades leaving you with more dark and murky water to navigate. The fish in the water is your source to regenerate health and are very detailed running from harmless catfish to menacing Alligators looking to kill you. Progressing through the game will unlock various additions for your shark including electric jaws and a bony tail making your shark look like something from an older SyFy shark movie.

The audio was an interesting mix for me. The background music was nice but not overpowering. Unfortunately, other audio sounds such as the sounds when biting an object and humans screaming became repetitive very quickly and actually a little distracting as I played the game. The narrator in the game was a nice touch but also became a little repetitive after some time.

Speaking of time, the Campaign in Maneater is pretty short for an RPG-esque game and the main storyline can be completed in around 10 hours. Even when exploring and completing side missions, you can complete the game in roughly 25-30 hours.

While the initial premise excited me after a couple of hours gameplay didn’t feel as exciting as I was hoping. Using the Xbox One controller on my PC, I started feeling like I was just randomly hitting the “bite” button anytime I got near a fish. During some of the more intense battles with creatures that tried to bite back, I felt lost spinning the camera controls around to try to find what just attacked me. It made the battles endure longer than necessary.

Overall, I can’t say I was completely disappointed with Maneater. It was fun to play, I just wish the gameplay didn’t become mundane so quickly. It has its niche place for consumers and some gamers may adore the game. Maneater is available for the Xbox One, PlayStation 4, and PC via the Epic Games Store for $39.99. 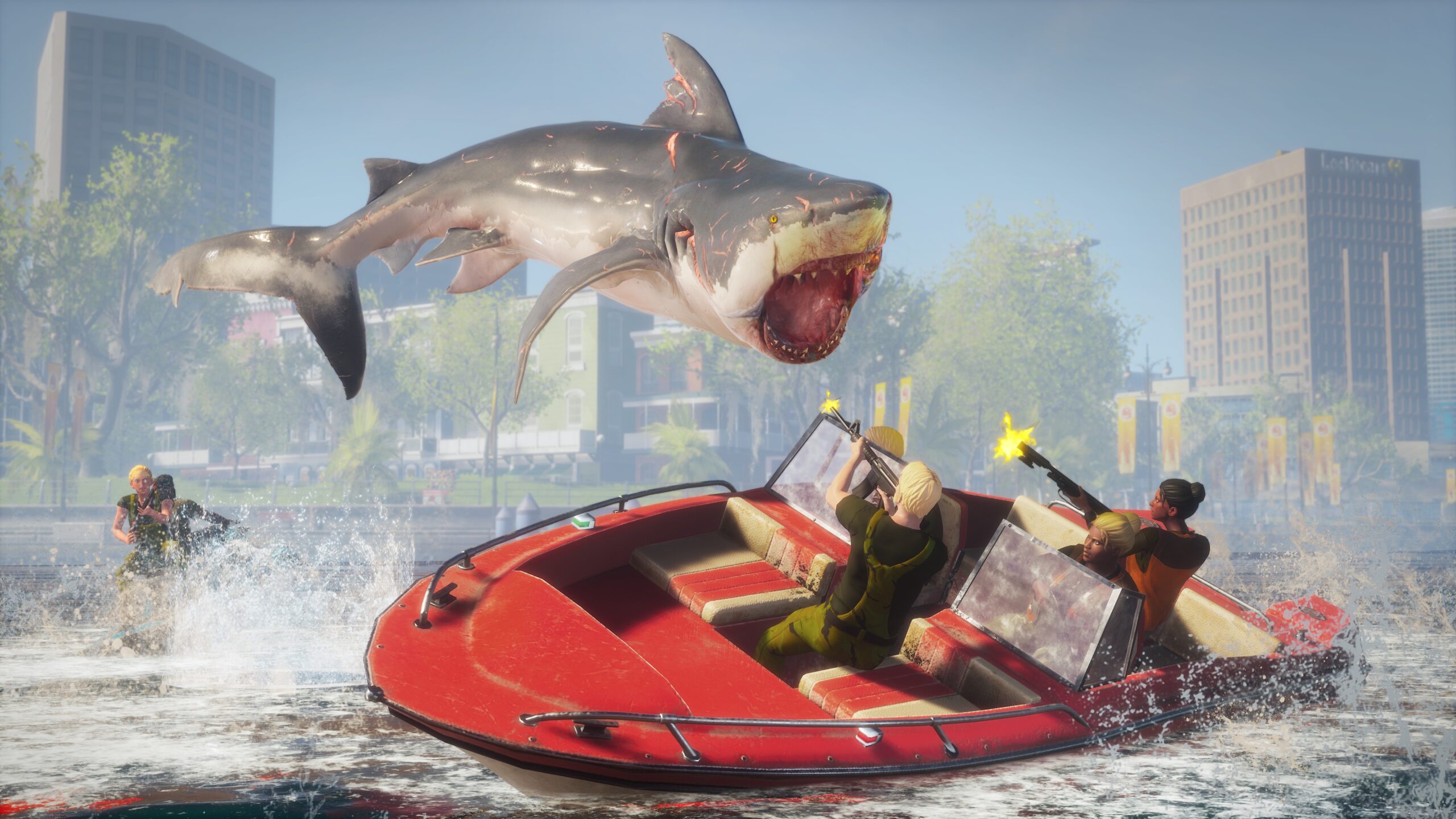