Gravy is a horror film by James Roday about a trio of cannabils who take hostage and torture a group of people inside of a Mexican restaurant.  Gravy is available now on Blu-ray from Scream Factory – on the box there is a sticker that says ‘a deliriously demented horror-comedy with an outstanding cast’ which pretty much sums up the movie but you should also know that Gravy’s current IMDB rating is 5.8 — which also sums up the movie. 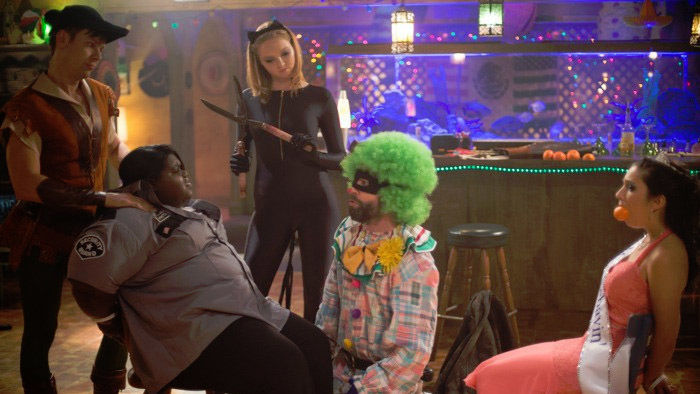 Be tough to recommend Gravy to those out shopping when so many other horror movie options are out there but if you pick this one up then may we recommend playing ‘guess who dies first’ or ‘guess who survives’ with your viewing friends.

For more on Gravy check out:
https://www.shoutfactory.com/film/film-comedy/gravy