Tom Clancy’s Ghost Recon Breakpoint is a startlingly fun game mired in technical issues, numerous questionable decisions, and a narrative identity crisis.  Breakpoint starts on a high point with an exceptionally well-done introduction to the game. This puts it above 2017’s Tom Clancy’s Ghost Recon Wildland‘s story simply by virtue of actually having a story.  You are thrown into a chaotic situation with no squad members, only a pistol to defend yourself with, and a large group of soldiers hunting you.  It is gripping and promises a return to some of the more focused Ghost Recon games of old.  Then, after a few battles and short story scenes, you find yourself in the hub city of Erewhon and it all falls apart.  The narrative of you fighting for survival against an island full of men who have the same skills and tech as you do – simply evaporates.

Erewhon is straight out of Tom Clancy’s The Division with other players wandering around, a weapon shop with a stock that updates hourly, and numerous quest givers — some of whom have quests that change daily.  You can also sign-up to join a raid.  So much for being the corned lone-wolf.  The entire area is just a poor attempt at implementing games-as-a-service into this game, and it almost completely ruins the experience of the Ghost Recon Breakpoint. Once you leave Erowhon and return to the wilds the sense of tension and fear never returns.  Instead you are treated to Wildlands 2.0 as you hop in a helicopter or car and go wherever you want.

One of the big changes from Wildlands to Breakpoint is the inclusion of an RPG-style gear system.  Lifted almost directly from Assassin’s Creed: Odyssey the system gives you two main weapons, a pistol, and five pieces of armor for you to equip.  All the gear is available in a range of quality that will look familiar to any gamer who has played with such a loot system in the last decade.  Your gear will also get progressively higher scores attached to them, and the average of what you have equipped is your gear score.  The vast majority of the time this score is entirely meaningless, and maybe 2% of the time it is used to gate off content.  Thanks to level scaling you never really feel an improvement from getting better gear scores, you only feel like you are falling behind if you don’t continually upgrade your gear.

Ghost Recon Breakpoint suffers on a technical level, too.  While Breakpoint is a clear upgrade over Wildlands in many ways, that wasn’t the highest hurdle to reach.  It does do scenery and sweeping vistas really well, but once you get up close the cracks show.  Textures are often bland, animations are frequently stiff and graphical glitches are easy to find.  Cutscenes are oddly rife with issues, such as poor lip-syncing and character framing that will often leave one or more characters with half their heads missing off-screen.  The AI, while improved from Wildlands, is still on the shallow end of the pool.  One of my favorite moments with the game was when I shot the helmet off of a heavy and he just stood there, apparently just enjoying the breeze he had just discovered.  Ubisoft seems to be aware of the AI limitations since they compensated for it by throwing wave after wave of soldiers at you to simulate difficulty.

When we talk about Breakpoint — or any Ubisoft game these days, really — we have to discuss microtransactions.  Ghost Recon Breakpoint came under serious fire on its launch week for the sheer number of microtransactions included in the game.  This criticism is fair.  There is a mind-boggling amount of items available for sale in this game.  Pretty much every weapon, armor, and item you could ever want is just a microtransaction away, and for prices that are frankly ridiculous.  But, despite that, this is not actually something I hold against the game.

In the end, Tom Clancy’s Ghost Recon Breakpoint is a highly flawed game that doesn’t seem to know what it wants to be.  Looter shooter?  Military tactical simulator?  A tribute to our future drone overlords?  I have no idea, honestly.  And yet, somehow, despite all of the myriad flaws and problems – the game has given me a tremendous amount of fun.  Like Wildlands before it there is something immensely satisfying about scouting a base, making your approach and methodically wiping it out (or, more likely, getting caught after two or three kills and then having to Rambo your way out).

The gunplay is enjoyable, the feeling of one-against-the-world is empowering and the hunt for the next collectible or upgrade drove me for more than fifteen hours so far — and I fully intend to keep going.  Sure there’s horribly frustrating bits like the poorly-designed gearing system, the lack of AI squadmates for solo players like myself (supposedly being added in a later patch), and an infuriatingly stupid stamina system (my ghost can run uphill or cross country for hours, but stumbling down a moderate slope will completely wipe them out for some reason), but I kept looking forward to playing more when I got home from work each day.

This leads us to the final question of whether or not I can recommend Ghost Recon Breakpoint.  If you played and enjoyed Wildlands despite its flaws, as I did, then Breakpoint will scratch the same itch, though you may want to consider waiting for a patch or two to iron out some issues.  If you never played Wildlands then you’re probably better off picking that up from the bargain bin and trying that in lieu of a demo.  If you didn’t like Wildlands or the Breakpoint beta, or if you can’t tolerate any of the laundry lists of problems the game has at the moment (I couldn’t say I’d blame you), then skip it, or at least wait for a few patches and a deep sale price.  For myself, I will be jumping right back into Auroa and gritting my teeth through the flaws to enjoy that core gameplay that I enjoy more than I should. 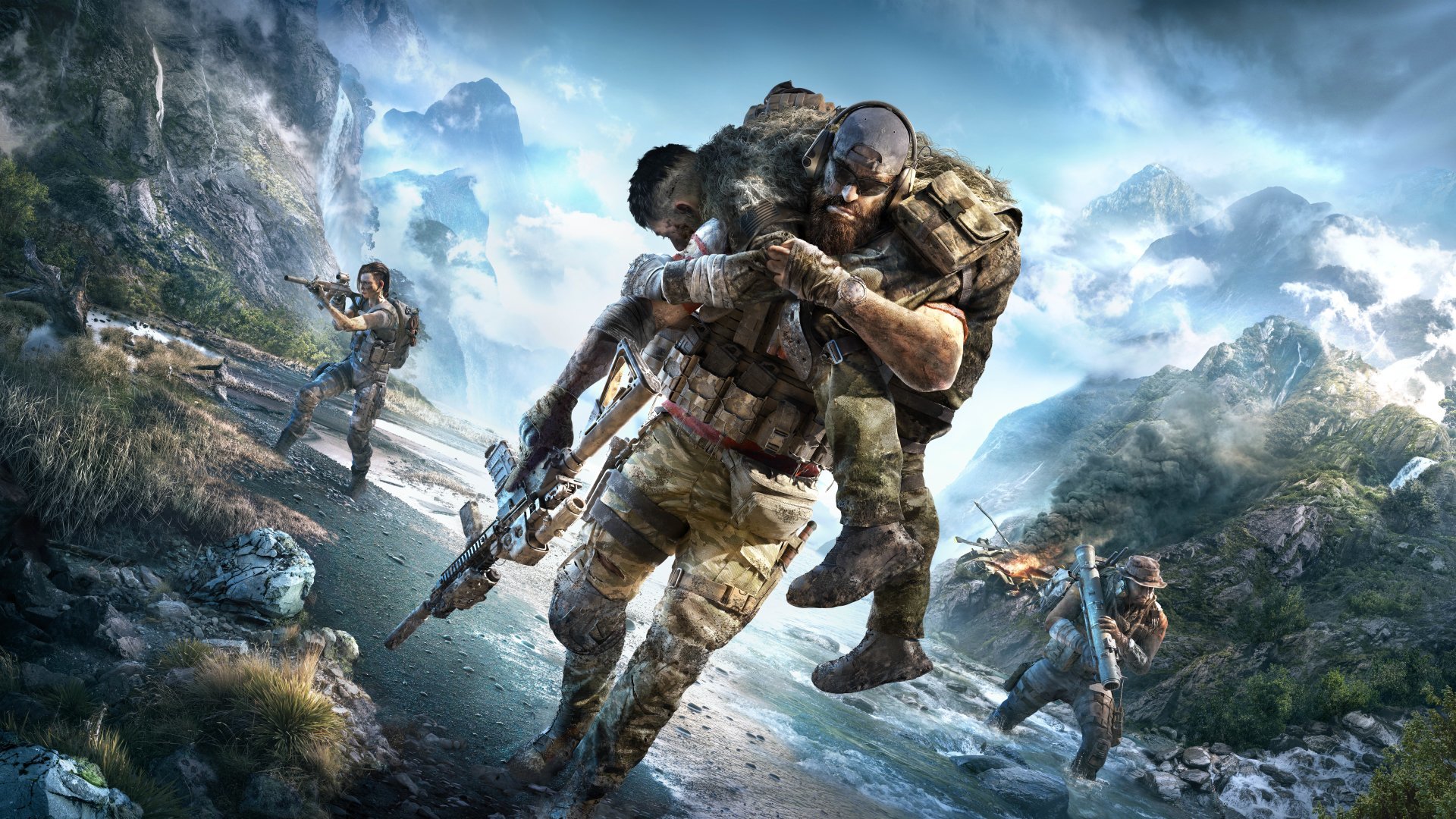