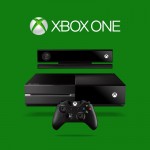 Microsoft has made a great mistake. Xbox Live VP Marc Whitten confirmed that the Xbox One will not be backwards compatible with the Xbox 360 nor the original Xbox, stating “The system is based on a different core architecture, so back-compat doesn’t really work from that perspective.” He further stated that “We care very much about the investment people have made in Xbox 360 and will continue to support it with a pipeline of new games and new apps well into the future.”

The Xbox One isn’t the much anticipated “next” Xbox. A console updating and replacing the old. The Xbox One is instead the “new” Xbox. A console to compete with the old. If history and Sega has taught us anything it’s that hardware self-competition is a bad thing. A very bad thing. By entering a second dog into the retail fight Microsoft is opening themselves up to a number of terrible scenarios. Best case: Game developers want to push their artistic endeavors to increasingly higher levels by taking advantage of the newest and best technology available. Therefore software releases for the Xbox 360 will trail off, with quality titles becoming increasingly difficult to obtain. This will result in decreased sales of the console. This decrease in revenue for Microsoft will result in decreased support for the console further diminishing sales. All of this will be further exacerbated by the money wasted producing the 360. Traveling the self-competition road will bring on the alienation of half of their user base as Microsoft’s best case scenario Then there’s the worst case scenario: Things go well for the first year or two. Sales are good for both consoles so developers continue to back the 360 while creating software for One. But splitting both their revenue and users forces Microsoft to rob Peter to pay Paul, using money/personnel resources from one side to implement updates to the other. Possibly they could keep resources separate and continue development of both consoles at a slowed pace. Meanwhile Sony, Nintendo, Ouya, and whatever else might be on the horizon are blasting full speed ahead and Microsoft crumbles because a house divided can not stand. I call this the Sega scenario.

Since the dawning of the age of disk based gaming, backwards compatibility has been a bridge. A way for old software to stay relevant easing the player’s transition to the new hardware. Microsoft is burning that bridge.