The best description of Winter Ember (Sky Machine Studios & Blowfish Studios) that I could come up with is that is sometimes a game that is frustrating on purpose, and sometimes it is frustrating by accident. Billed as a stealth action game, Winter Ember is actually a pure stealth game with a combat system that is best avoided the majority of the time. This is much more Styx or Thief, and less Assassin’s Creed or Dishonored. That in itself is not a bad thing, since there is a large audience looking for truly stealth-based assassination games, but Winter Ember misses the mark.

The story of Winter Ember is one of the positives for the game, though not strong enough to warrant a recommendation on its own. You play as Arthur, who watched his family murdered as a child and who subsequently trained as an assassin to get his vengeance. The cliched framework does give way to some decent storytelling, and Arthur’s adventure has quite a few twists to it. It also has quite a few characters in it that deserve their coming fate, and it is satisfying to dish that out. It’s not the most amazing or original story ever told, but it does provide ample motivation to keep pushing forward.

Aiming for a more hardcore crowd, Winter Ember does little hand-holding and frequently leaves you to figure out what needs to be done. This, however, ignores that even games that don’t include way-markers or pixie dust trails to follow still leave environmental clues to guide players to where they need to go. The game mistakes telling you what you need as giving you enough information, and the few location clues are useless. The key I need is in the captain’s room, is it? Well, there isn’t a single thing that differentiates his room from all the generic guard rooms, so here I go searching all of them. Multiple times. I was stuck frequently looking for the one item I needed to proceed with, often eventually finding it tucked away in some random spot. They could get away with this if the controls were tighter, but there were times when I overlooked the item I needed because the button prompt to examine an object never came up until my third or fourth pass through a room.

The controls are ultimately the issue here. With a patch or two dedicated to tightening up the controls, I think this game would improve drastically. I already mentioned the contextual search commands not popping properly, but this applies in other areas, too. The buttons for combat are not nearly responsive enough, and I died several times missing parry cues or similar. Eventually, I discovered I could just hold block while backing up, and virtually no enemy in the game would ever touch me again, but that’s not particularly satisfying, either. Even the core mechanic of assassinations or knock-outs has frustrations, and, again, I suffered several deaths because the assassination prompt would disappear for no apparent reason, and I’d end up attacking instead. I still don’t really understand how lock-picking works, except that it is frustrating.

Not everything in Winter Ember is bad, though. A lot of the game design is quite good, and the graphics give off the necessary moody atmosphere perfectly. There are some nice touches in there, such as choosing between assassinations — which leave blood puddles behind — or knock-outs, which leave no trace, provided you have a place to hide the body. If you are wounded you will leave a blood trail until you can apply a bandage, and there are other things that will leave clues to your passage if you are not careful. On the other hand, guards are apparently oblivious to you slowly walking down the hallway blowing out every candle along the way.

Winter Ember is a game that could be enjoyed with just one or two patches to tighten up the rough spots. As it stands right now I can’t genuinely recommend it, even to fans of hardcore stealth games. There are just too many irritants in the way at the moment. If you think this is a game that will appeal to you I strongly encourage you to keep an eye out for patches in the coming weeks or months because they truly could turn this into a worthwhile experience. We’ll just have to wait and see if that will be the case. 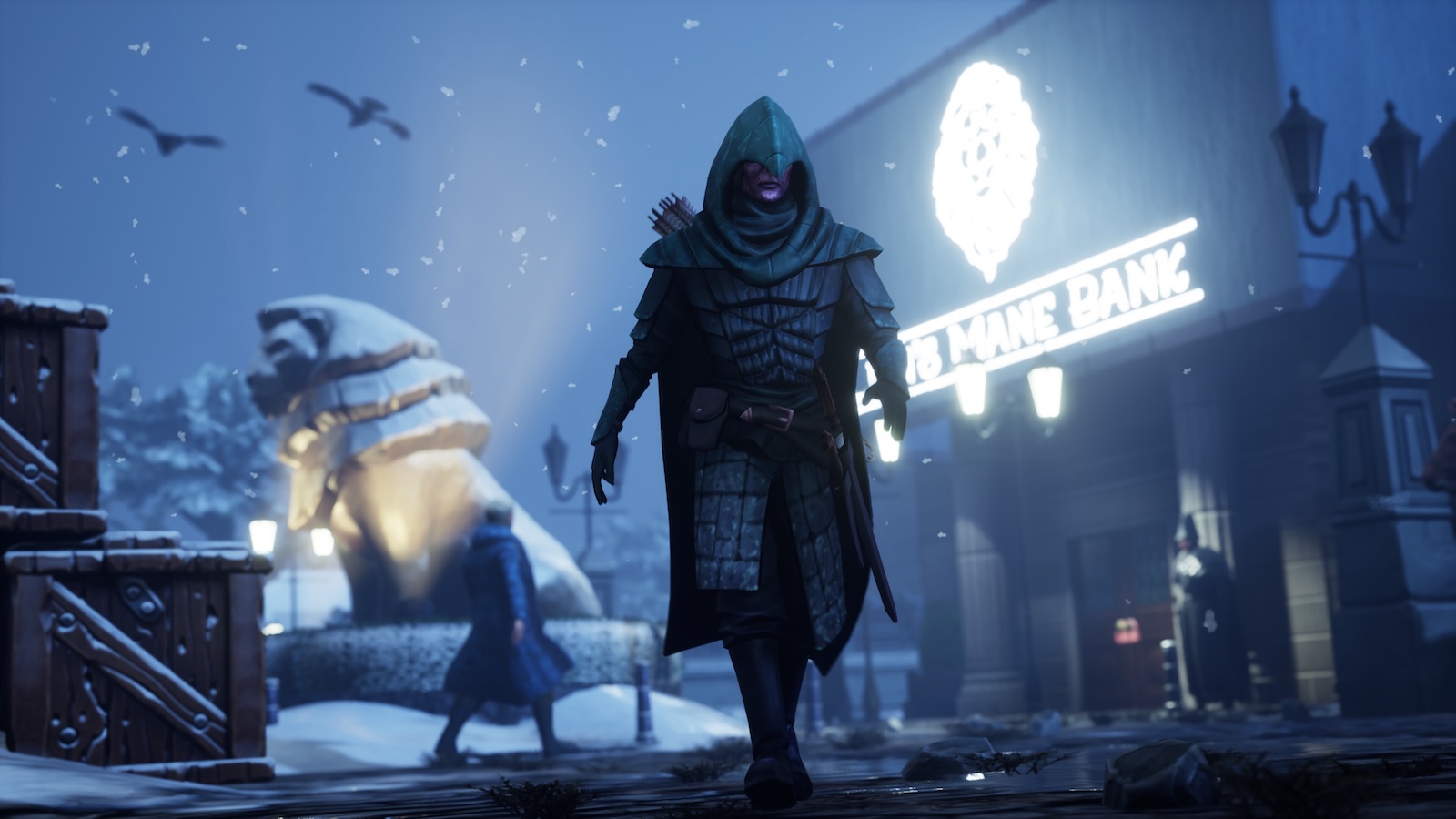