Baseball games for the PC have been few and far between but the Super Mega Baseball (SMB) series has been one of those games attempting to fill that desire for Baseball action on a PC. Metalhead Software recently released its latest iteration with Super Mega Baseball 3. This may be the third release, but it’s my first time playing SMB so this is an exciting opportunity.

Super Mega Baseball allows you to play in standard modes such as Exhibition, Franchise, and League with most of these modes having customization and online options. The ability to create custom teams and league is probably my favorite feature of this game. If you have the patience and dedication you can create teams and entire leagues full of custom players and logos. Searching the Internet, I’ve seen MLB teams created as well as teams created based on Game of Thrones characters. The possibilities are endless. I first jumped into a new Franchise as the Crocodons and my pitcher pitched a perfect game.

Super Mega Baseball 3 uses the “Ego” setting as the difficulty scale. That first game I had the Ego set to 20. The more you increase the number, the fewer assists you receive when playing. Lower Ego shows you where the pitch is going, but higher Ego levels remove that feature. Franchise mode includes additional features such as player developments and players increasing or decreasing their skills as they age.

One online mode that I found unique is the Pennant Race. Here you play 5 games to determine your rank and then once placed, play as many games as you can during a week. At the end of the week, the stats and standings are reset. Succeed in your division and you can be moved up to a tougher division. Cross-platform play is available letting you match up with a wider base of players.

The graphics in Super Mega Baseball 3 are very cartoony but that’s not a bad thing. It really adds to the aesthetics of the game and makes the exaggerated animations such as when Badhop Brown breaks a bat over his knee on a strikeout, more compelling to watch, but animations are not easy to do, and that’s why games and videos are made by professionals, and companies use professional services to create a 3D explainer video in case they need it. The game includes 14 fictional stadiums in daytime, night, and alternative variations. Looking from behind the batter, the stadiums feel similar to various ones I’ve seen in the MLB but have their own unique twists.

Audio in Super Mega Baseball is decent but not great. Default players have their names called out but using any custom players results in just the position and number of the player when stepping to the plate. Other sounds in the game such as the little sound after you hit the ball (not the crack of the bat) and the woosh of every pitch become repetitive over time.

Super Mega Baseball 3 is a great experience when looking for a fun, unique baseball game. The video game is available for the Nintendo Switch, Xbox One, PlayStation 4 and Steam for $44.99. Check it out, you won’t be disappointed. 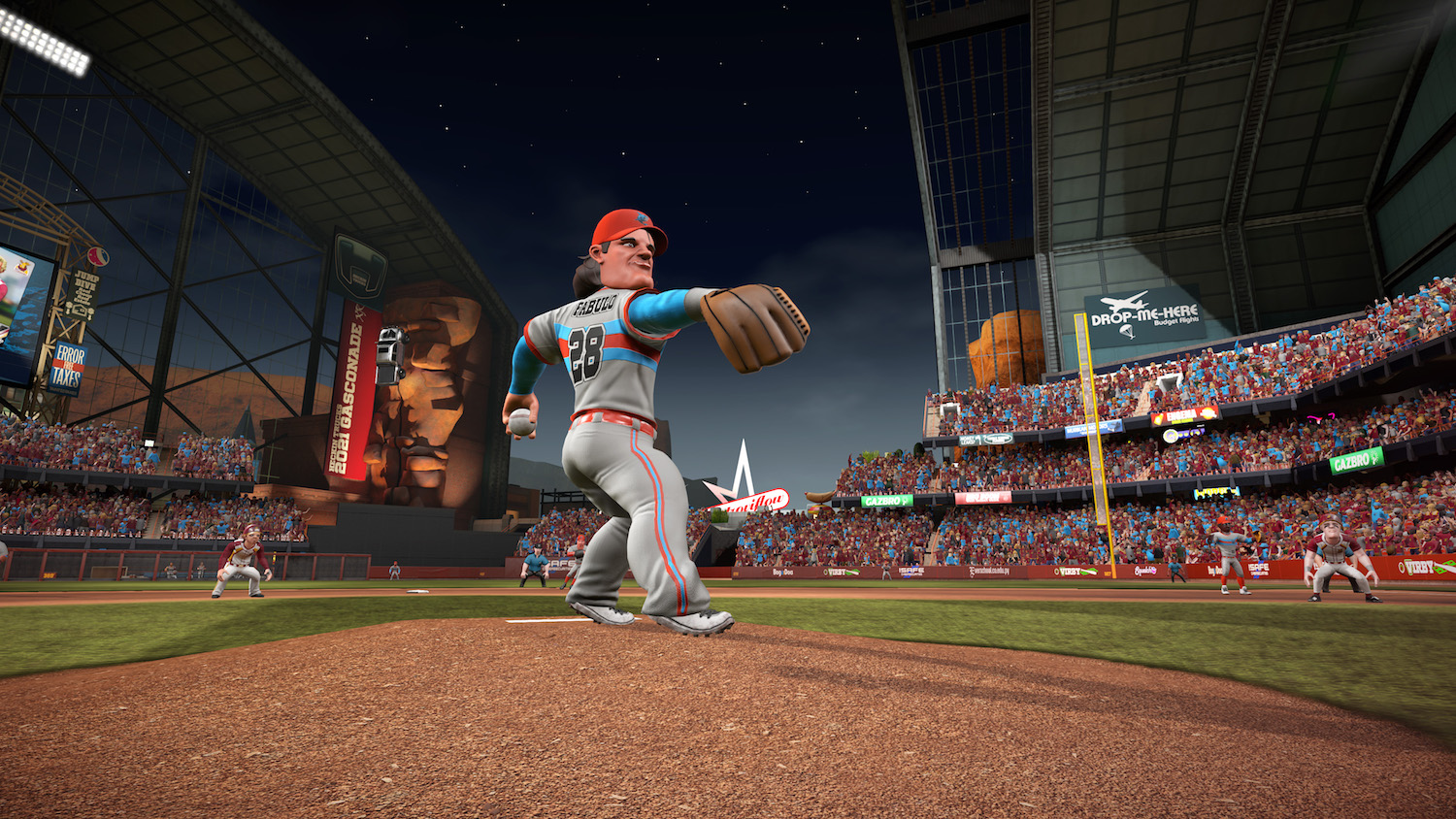