Street Fighter is probably Capcom’s highest-profile franchise and deserving of a new Street Fighter 30th Anniversary Collection for the PlayStation 4, Xbox One, Nintendo Switch, and PC. This collection includes 12 classic arcade games starting with the one that kicked it all off Street Fighter (1987) spanning all the way through the years to Street Fighter III Third Strike (1999).

The presentation for the Street Fighter 30th Anniversary Collection is well thought-out with menus and options easy enough to access. Since these original arcade games didn’t fill up the screen horizontally Capcom has included some fun artwork to help fill the screen on the sides which can also be turned off if you want. Capcom included some original artwork and history elements to this collection which is a nice touch for people who want to take a walk down memory lane. 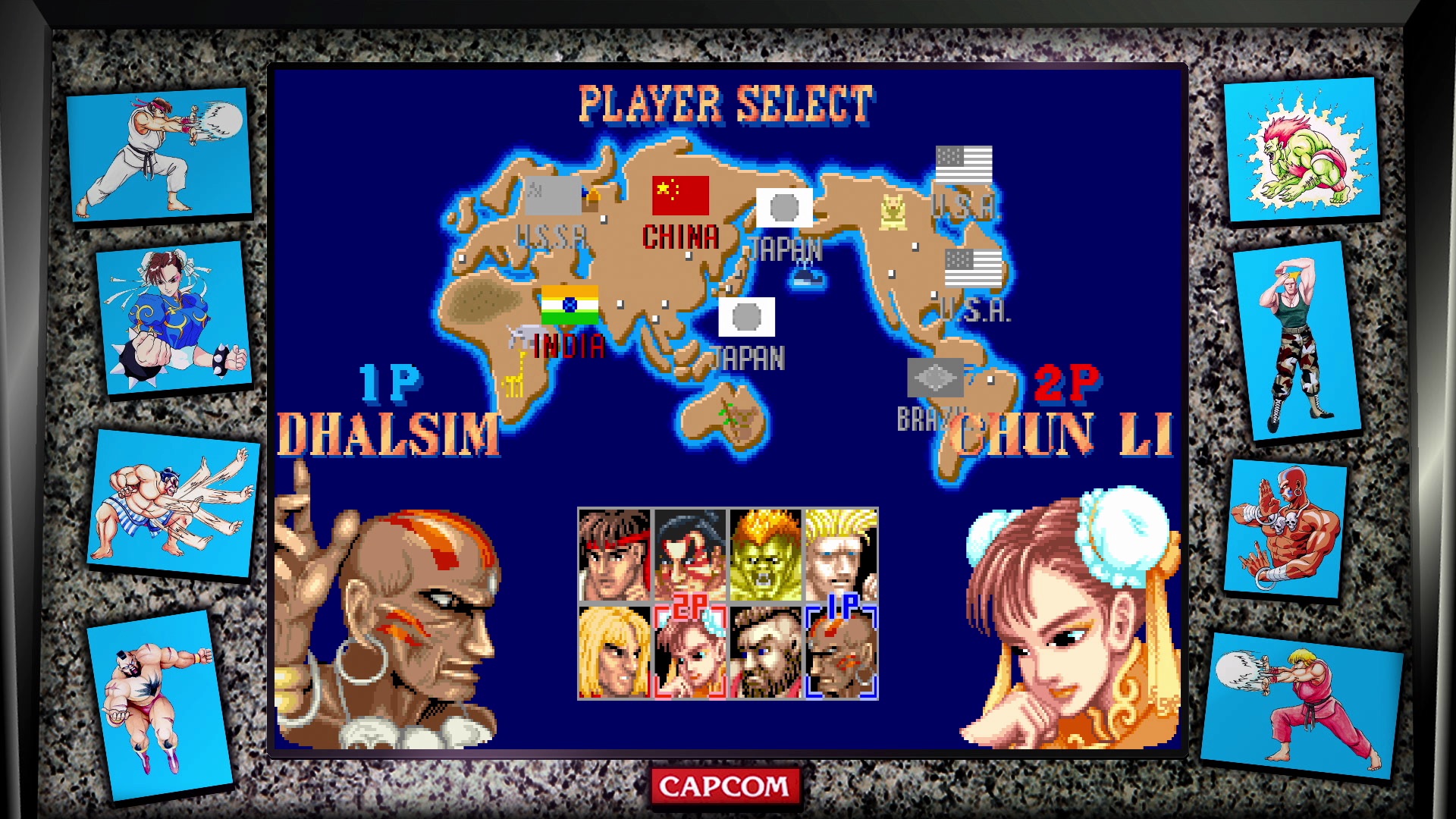 This collection provides a good look at how and when characters like Cammy and Cody were added to the franchise with the introduction of each new game or expansion. You’ll most likely find it difficult getting that engaged in the original Street Fighter arcade game as the pace is extremely slow and characters pop around the screen all too often but jumping into Street Fighter II Hyper Fighting felt just like old times hanging out at the local arcade and challenging friends.