When I saw the trailer for Song of Iron it gave off vibes that harken back to classic side-scrollers like Karateka (1984) and the original Prince of Persia (1989). Song of Iron is an indie video game recently released by solo developer Joe Winter which follows the action of a hard-fighting Viking trying to survive in a brutal landscape.

Song of Iron has a beautiful art aesthetic and feel to it that will remind players of a more recent classic like Limbo (2010). Your Viking character travels mostly from left to right of the screen and will encounter many foes along the way – most can be dispatched with a few swings of a sword or arrows to the face. The difficulty ramps up as things progress with some boss battles and weapon upgrades. You can decide to play as either male or female as the main character and there is no way to change the difficulty setting so prepare for a one-size-fits-all challenge.

Song of Iron also has some minor puzzle challenges along the way to break up the combat and there are long stretches of the game where you are just running (or walking) from left to right of the screen taking in the scenery without any opposition. Most of the puzzles just require exploring but there are a few that can be a bit more challenging because the landscape in the game was hiding a ledge or entrance.

I’m not sure how much of a splash Song of Iron will make in the indie video game world – as the lore and charm are somewhat limited. You can finish the game in one afternoon so keep that in mind when looking at the price point. As a video game developed and finished by one person it is quite an achievement and contains much charm and high points but alas there are plenty of low points that go along with the experience.

Most of the low points from Song of Iron come with funky controls – like not being able to walk or turn around while having your bow drawn. Many times I found myself completely stuck in an area with no way to move and even was stuck once in a black screen (at the end of an elevator ride) so had to restart from the last checkpoint. Sometimes my Viking would run when I wasn’t holding down the button to run and I’ve seen people online asking about a couple of the Achievements that don’t seem to be triggering.

I’m glad I was able to give Song of Iron a look as it did make me want to hack and slash my way through enemies and introducing new baddies along the way was a treat. The weapons progression was rewarding as you can eventually upgrade your weapons to gain magic abilities and then work your magic on the controls to master their combos. If you make it to the end of the game you’ll have an interesting change from the mundane into science fiction territory. 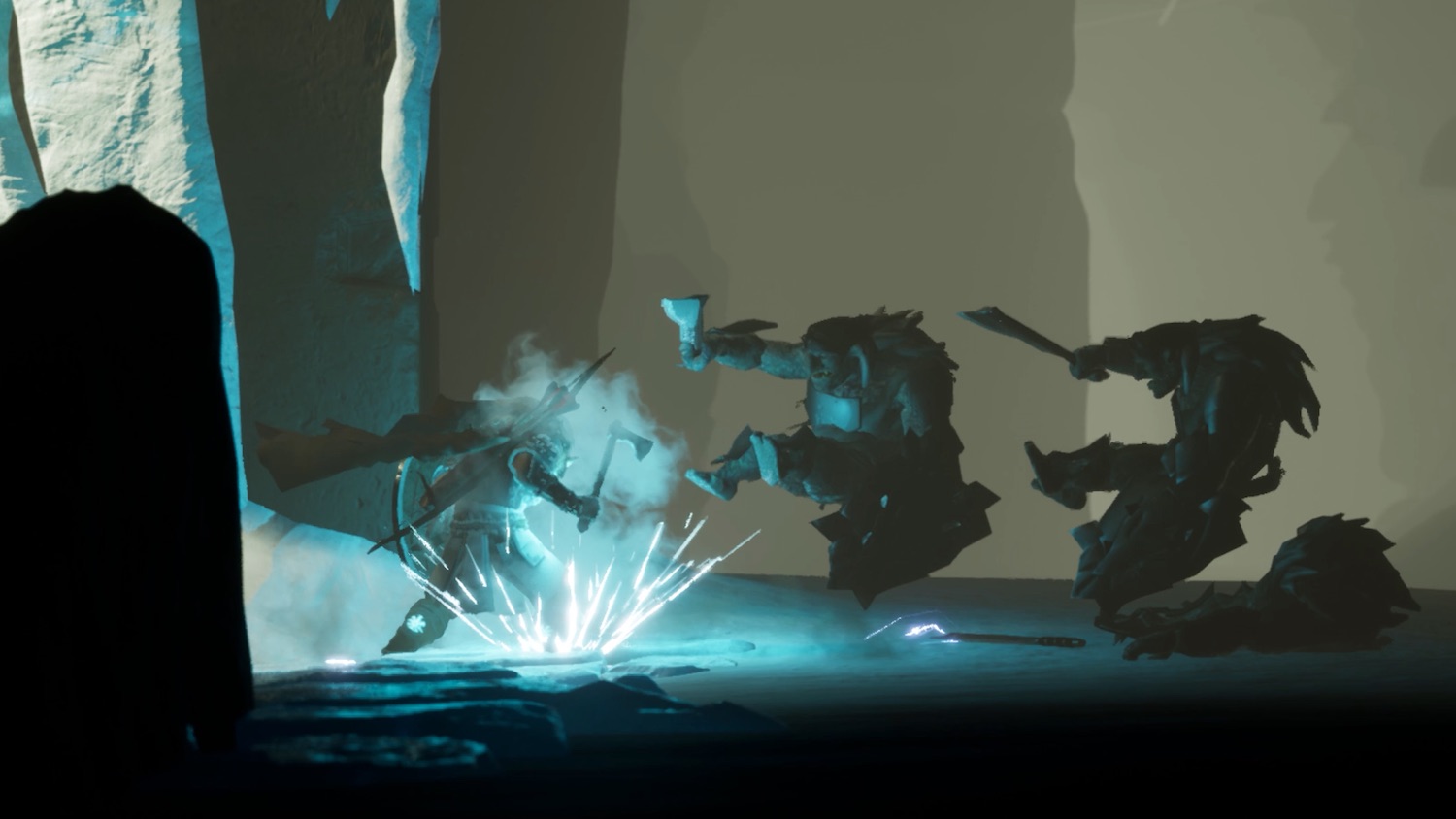