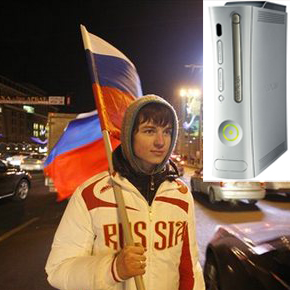 For those who’ve been following me on twitter (@pennyman) you have seen my tweets about my so-called-hacked Xbox since early November 2011 – I’m happy to say that my XBL account is back to where it was months ago — so what happened?  Here’s a brief account below — please note I’m 100% certain my account/password wasn’t hacked from a phishing incident yet as of today Microsoft still denies a fault in security.

My XBL account was compromised, my language had been changed to Russian and an attempt to draw funds from the debit card associated with the account was also made.  I lost XBL Gold access on my main account, lost all my Microsoft funds, couldn’t take advantage of any multiplayer games with my friends online, no Call of Duty Elite, no Gears 3 Horde mode for me and no taking advantage of the Microsoft ‘Twelve Days of Christmas’ DLC sales.

I reached out immediately to Xbox Phone Support and explained the situation – they set me up with a temporary XBL account and sent me monthly tokens to redeem Gold so I could continue to have access to things like Netflix/etc – however my friend’s list was over on the main account which was ‘frozen’ while an investigation was opened.  I was given an estimated time-frame of 25 days for my account to be restored – and I didn’t start tweeting about my frustration until after that initial month passed and Xbox Support told me that the investigation was still going on and that it would most likely be another month or two.

Every week I spent time using Twitter to voice my concerns and a good deal of other people chimed in telling me of their frustrations with Xbox Support and what they had gone through with their compromised XBL account.  Some people told me it took 4 months to be restored and I was starting to go into my third month.  Tweets came back from the @xboxsupport account assuring me that things were going according to plan, even Aaron Greenberg (@aarongreenberg), Chief of Staff for Interactive Entertainment Business at Microsoft, responded back to me publicly on Twitter to assure me that action to restore my account was in motion.

My XBL account has been restored back to its glory, codes to redeem and restore my credit were also sent to me in this email from Xbox Support.    I’m happy my account is back to where it was months ago but at the same time it’s frustrating to know that there’s a lack of transparency on what’s going on with this particular situation.  Microsoft hasn’t made any public statements on how accounts are being hacked – there’s been tons of media speculation and even an article I was quoted in from Shack News talks in detail on the security issues.

According to the people I spoke to on the Xbox Phone Support – they have made some counter measures already to stop an XBL account from being transferred over to a foreign territory – which they claim dragged out the restoration/investigation process so long.  Another person on the Xbox Phone Support told me (in a non-official Microsoft way) that over 100 new people have been brought on board to help fix these accounts and provide technical support for this particular breach in security.  It was interesting to hear what some employees on the Xbox Phone Support would tell me even after I stated that I was a journalist who would most likely be writing up an article outlining my experiences. Everyone at Xbox Phone Support was nice and easy to deal with but I was shocked when one person verbally pointed the finger at FIFA12 – which of course would be an admittance that my account was hacked and not phished.