The Mystery Science Theater 3000 XXXVII DVD is the latest volume in this long running series from Shout Factory.  Though this set includes the classic The Human Duplicators starring the quintessential Richard Kiel, the rest of the set lags a bit. Escape 2000 is a nice example of the kind of stinking cinema, MST3K was made to parody, but the the other two films were tough to watch, despite the better than average riffing. Your mileage may vary, however. Each feature does come with one MST-extra. Three of the four titles are all introduced by Mary Jo Pehl and she gives a five minute recap with her favorite memories and behind-the-scenes moments. The fourth title has a MST Hour Wrap. Glad to see some cast extras popping up. 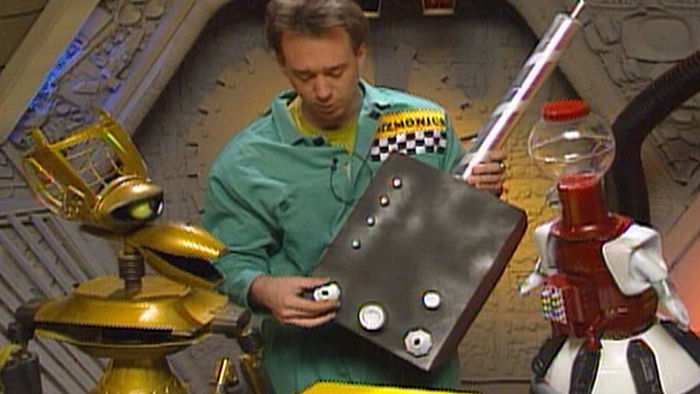 The future. The Bronx has been relocated to Europe. Greedy corporations want to clear the Bronx to pave over it. Our hero, Trash, is here to save the day! This film is terrible, made palatable only by our friends on the Satellite of Love. It’s not a home run by any stretch, but it’s a good time for the whole family.

Some of the riffing is top notch, but the movie drags quite a bit. The monsters are a good time though.

It’s not Eegah, but if Richard Keil is your thing you’ll find this to be the best title in the set. The only Joel title in the box, but it’s so good, it makes up for any Joel-shortcomings in the set. The riffing is on target, the cheese has aged just enough to be palatable. It’s why it’s considered a classic!

This one is pretty unwatchable. The cast does what it can with the title, but even with some decent riffing I had to break this one into three segments before I was able to complete it.