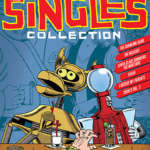 In addition to the long out-of-print Mystery Science Theater 3000 Rhino DVD box sets, there were a handful of hard-to-find individual titles many fans were unable to get their hands on. Shout Factory collected them and released them as the Mystery Science Theater 3000 The Singles Collection on DVD (May 22, 2018). The MST3K Singles Collection is a six-disc set containing several classic episodes and Shorts Vol. 3. All told it’s a great set with several MST3K-riffic extras that are exclusive to this set.

The Mystery Science Theater 3000 The Singles Collection on DVD includes: The Crawling Hand, The Hellcats, Santa Claus Conquers The Martians, Eegah, I Accuse My Parents and Shorts Vol. 3.

The Crawling Hand – A very early episode from the series run is a bit of a sleeper. I didn’t get many laughs out of it. The extras are movie-centric.
Episode 106 – Joel Hodgson vs. Dr. Forrester
Extras: Don’t Knock The Strock, Theatrical Trailer 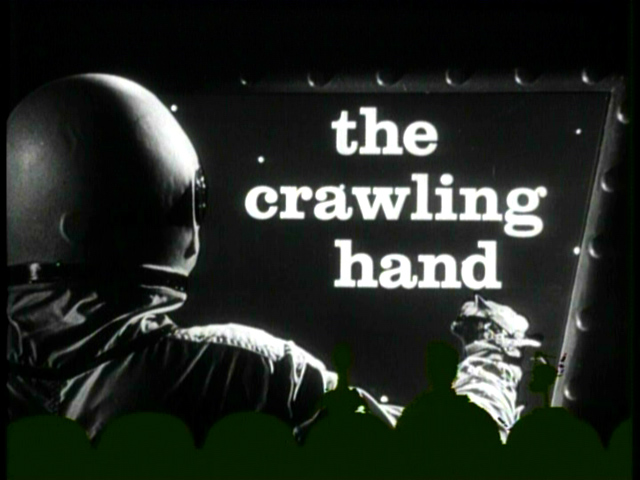 The Hellcats – The Hellcats has a few good laughs in it, but these 60s flicks with 5-minute music sequences have never been my cup of tea. The bizarre, plotless film was rife for a good MST3K riffing.
Episode 209 – Joel Hodgson vs. Dr. Forrester
Extras: Theatrical Trailer

Santa Claus Conquers The Martians – A classic MST3K flick. The riffs are juicy, the film is some kind of Twilight Zone Christmas fail that seems to have been filmed specifically for future riffing as Joel and the Bots weren’t alone in tearing this flick a new one – Cinematic Titanic, RiffTrax, Elvira’s Movie Macabre and Cinema Insomnia all lined up Airplane! style to have a go. The intro with Joel Hodgson and the MST Hour Wraps only adds to the fun here.
Episode 321 – Joel Hodgson vs. Dr. Forrester
Extras: Intro By Joel Hodgson, Theatrical Trailer, MST Hour Wraps 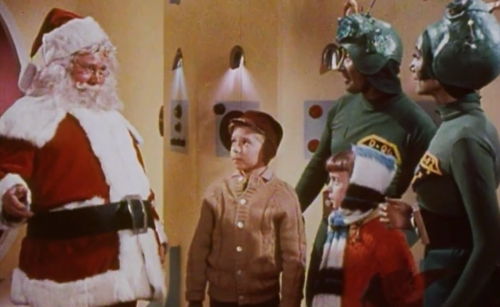 Eegah – A second classic in one set? Dreams do come true! This one is so beloved by MSTies that Joel had a second go at it as part of the new Season 11. Joel has a lengthy intro for this one.
Episode 506 – Joel Hodgson vs. Dr. Forrester
Extras: Intro By Joel Hodgson, Theatrical Trailer

I Accuse My Parents – A third classic in the same set! The tale of sad, stupid Jimmy is excellent and nice to see back on disc. Another intro by Joel and more MST Hour Wraps make for a complete disc. The documentary on Sam Newfield is typical Ballyhoo, if that’s your thing, enjoy.
Episode 507 – Joel Hodgson vs. Dr. Forrester
Extras: Intro By Joel Hodgson, The Man On Poverty Row: The Films Of Sam Newfield, MST Hour Wraps

Shorts Vol. 3 – The Shorts collections are always good. The crew rarely missed with these and this volume is yet another example of how great their riffing can be. Each and every one is a great addition to any collection. This disc includes the only appearance by Mike Nelson in this collection.
Features various shorts from the show, including:
Speech: Using Your Voice (from 313: Earth Vs. The Spider)
Aquatic Wizards (from 315: Teenage Caveman)
Is This Love? (from 514: Teenage Strangler)
Design For Dreaming (from 524: 12 To The Moon)
The Selling Wizard (from 603: The Dead Talk Back)
Out Of The World (from 618: High School Big Shot)
Once Upon A Honeymoon (from 701: Night Of The Blood Beast)