Board games naturally lend themselves to video game adaptations, as evidenced by the sheer number of them that have made the jump.  Monopoly itself has been on consoles at least as far back as 1985, and probably even farther in unofficial forms.  While it has almost always provided an excellent console experience, it has been a bit harder to find a decent portable version outside of cellphones.  The Nintendo Switch shows its versatility once more by bridging that gap.  The transition isn’t perfect, and like most Switch ports it doesn’t truly match its counterparts on the PlayStation 4 and Xbox One, but as a party game that you can take on the go, there is not much to complain about.

There are many options in this game that will let you setup Monopoly the way you want, though you are restricted to only one change at a time.  You can play a traditional game with the standard rules, or you can add in a house rule.  There’s another mode that has action cards that are distributed at the beginning of the game and can be used one time each game on your turn.  These might give you money, force opponents to pay upkeep costs or any number of other options.  You have multiple boards you can play on, including a Rabbids themed one of all things, and while they don’t impact the gameplay it is nice to get some variation in the game’s visuals.  Lastly, there is also a mode with alternate win conditions, and some of these can encourage short games.  One that I played which was pretty intense was that the first person to build a hotel wins.  It changed the entire strategy of how you play the game and also resulted in a completed round in less than an hour. 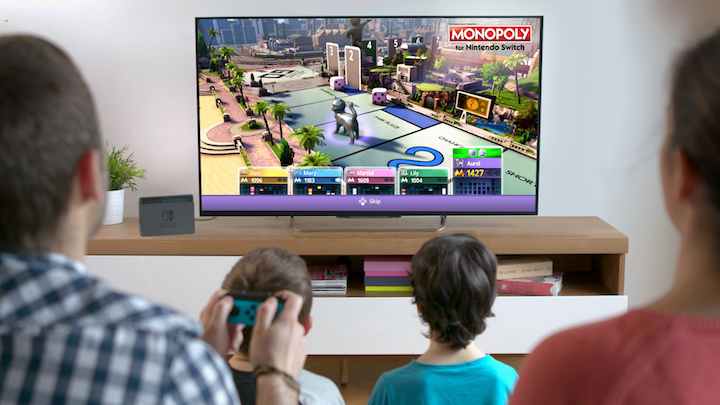 Not all is perfect in this game, however.  Load times can be long at times (and really long in certain cases, see below), and there are brief moments in every turn which are unskippable.  On a turn-to-turn basis it’s not much, but particularly as you get farther into the game these start to add up.  The AI also isn’t well balanced and takes its sweet time on its turn, with only minimal ability to speed it up.  You can play a “speed dice” mode which is significantly faster, but you can’t use custom rules in that mode.  In general, the restrictions put on your ability to customize the game beyond a single facet is extremely annoying.  There could be some truly crazy combinations if they opened it up a bit.

Monopoly offers you the option of playing with up to six human and/or AI opponents in all the various game modes available.  Human players have the option of playing with everyone using the same controller, or using individual controllers.  Combine that with the fact that you can save up to three games at a time to return to at your convenience, and this is an excellent game to keep kids occupied on long car rides (just keep a charger on hand) or as an impromptu party game.  Priced at $39.99 I think it misses the sweet spot of being an impulse buy it is aiming for, especially since this is a port of a game that has already been out on the other platforms for a while.  Granted that the price is going to drop rapidly thanks to the holidays right around the corner, but parents looking for a stocking stuffer should definitely wait for the price to come down.  As far as digital versions of Monopoly go this is about as good as you are going to get for a while.  It suffers a little next to its PlayStation and Xbox versions, but the Switch’s portability more than makes up for it.  If you can find it on sale for $19.99 or less, and you’re a fan of Monopoly, I’d say go ahead and snatch it up.

Note: There is a huge bug in the coding for this game which can result in massive loading times (10+ minutes).  If you encounter this bug turn your Switch completely off (not just into sleep mode) and when you turn it back on it should be resolved.  How this got past quality assurance is a mystery to me, but fortunately, it has an easy workaround. 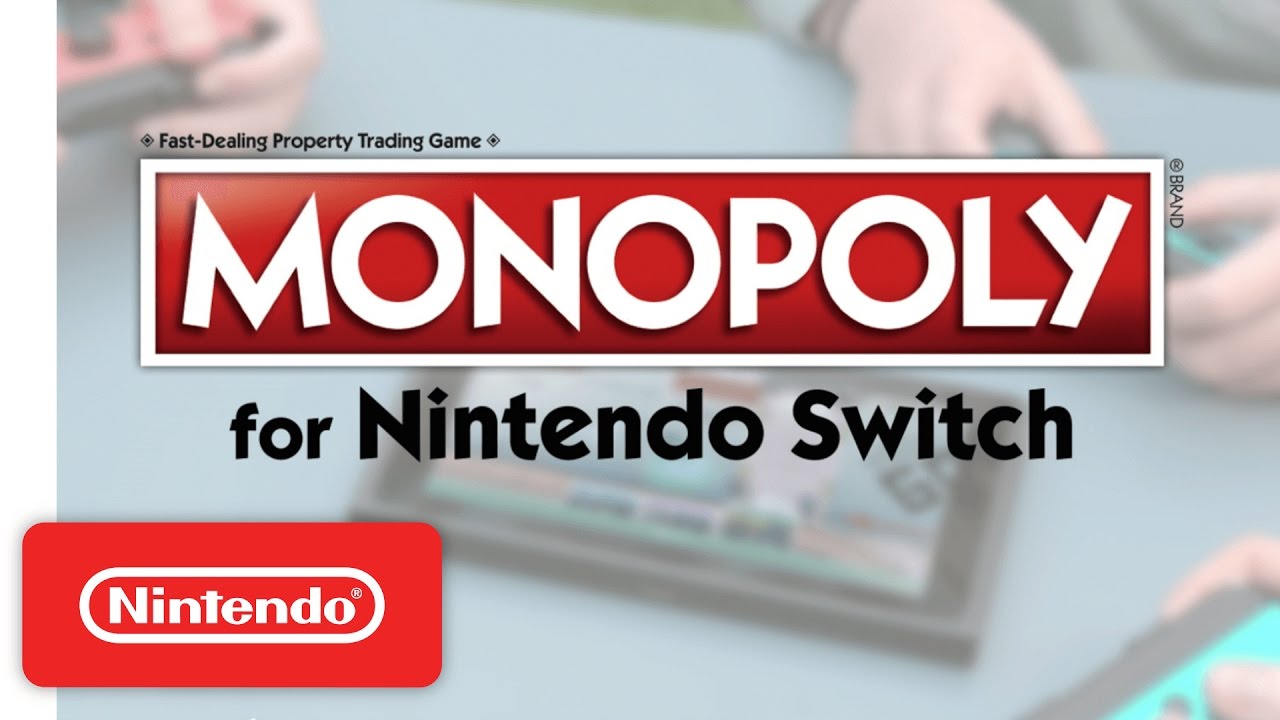