MotoGP 21 is Milestone s.r.l.‘s latest entry in their long-running racing sim. There are some improvements over last year’s model, but it feels like they’re incremental, and not truly a full upgrade. I’ve been playing the series since MotoGP 19, as well as its sister franchise since Ride 3, and this is the first title in either franchise that I felt has coasted on marginal upgrades to the previous entry.

The UI sports some new polish this year, and the game is better about holding your hand in the early stages, but the experience quickly turns to déjà vu. MotoGP 20 was a solid game and there wasn’t much that needed fixing mechanically, but when you’re asking $49.99 for the new iteration people do hope for worthwhile additions. A significantly increased catalog of bikes or rider equipment would have gone a long way to help with this, as well as an expansion of modes and options. The additions that are here could have easily been a paid DLC pack for MotoGP 20 and been happily accepted. But, you could say the same for any number of franchise sports games and they still sell year after year. The good news is that the franchise mode does include some new options this year, which will let you experience a more authentic rise through the ranks. The “big” addition this year is that when you crash you have to manually run and pick your bike up rather than respawning. I’m sure hardcore realism fans will appreciate this, but honestly, I found it tedious after my first few crashes (of which I had many…).

In terms of in-game graphics, there is a bit of polish added, but not much to set it apart visually from MotoGP 19, let alone MotoGP 20. The tracks themselves are solid, but the environment around them is still bland, and in many cases quite empty. The bikes look good, but, again, they don’t seem to have improved much in the last few years. I suspect most of the updates are under the hood and working on keeping the game running smoothly at higher resolutions rather than on obvious visual upgrades. With this being the series’ entry into the current generation of consoles keeping good performance at high resolutions is pretty important, so it’s an acceptable compromise. Still, it is probably time for a complete engine overhaul, even if it means skipping a 2022 release. Both the Ride and MotoGP series could benefit from it, so perhaps the two teams could pool their resources on it.

The controls in MotoGP 21 thankfully remain strong, although tweaking each bike’s settings will be needed for most players. As with previous entries you can tune your bike extensively. The brakes, in particular, are quite touchy on the default settings and will probably result in some unnecessary crashes until you can dial it in to something that is comfortable to you. There is a guided mode if you prefer to just race and not manage the tinkering in-depth, but as someone who doesn’t follow motorsports the heavy use of jargon left me scratching my head more often than not. This is meant to be a proper simulator, so it is not unreasonable for it to expect its audience to know the jargon, though. Just keep it in mind if you’re going in as more of an amateur, like me.

I had fun with MotoGP 21 and I think gamers looking for a sim-like racer will find what they want here. That said, MotoGP 21 feels like an incremental upgrade over MotoGP 20, which in some ways isn’t a bad thing, but it does make the retail price hard to swallow. If you’re an online racer then you’ll almost certainly need to make the jump to stick with the community, but those looking for a single-player experience can play last year’s edition for a bit longer. As with previous entries I expect there will be patches throughout the year that will enhance the experience, but as it stands now it’s not an easy recommendation except for the most hardcore enthusiasts. 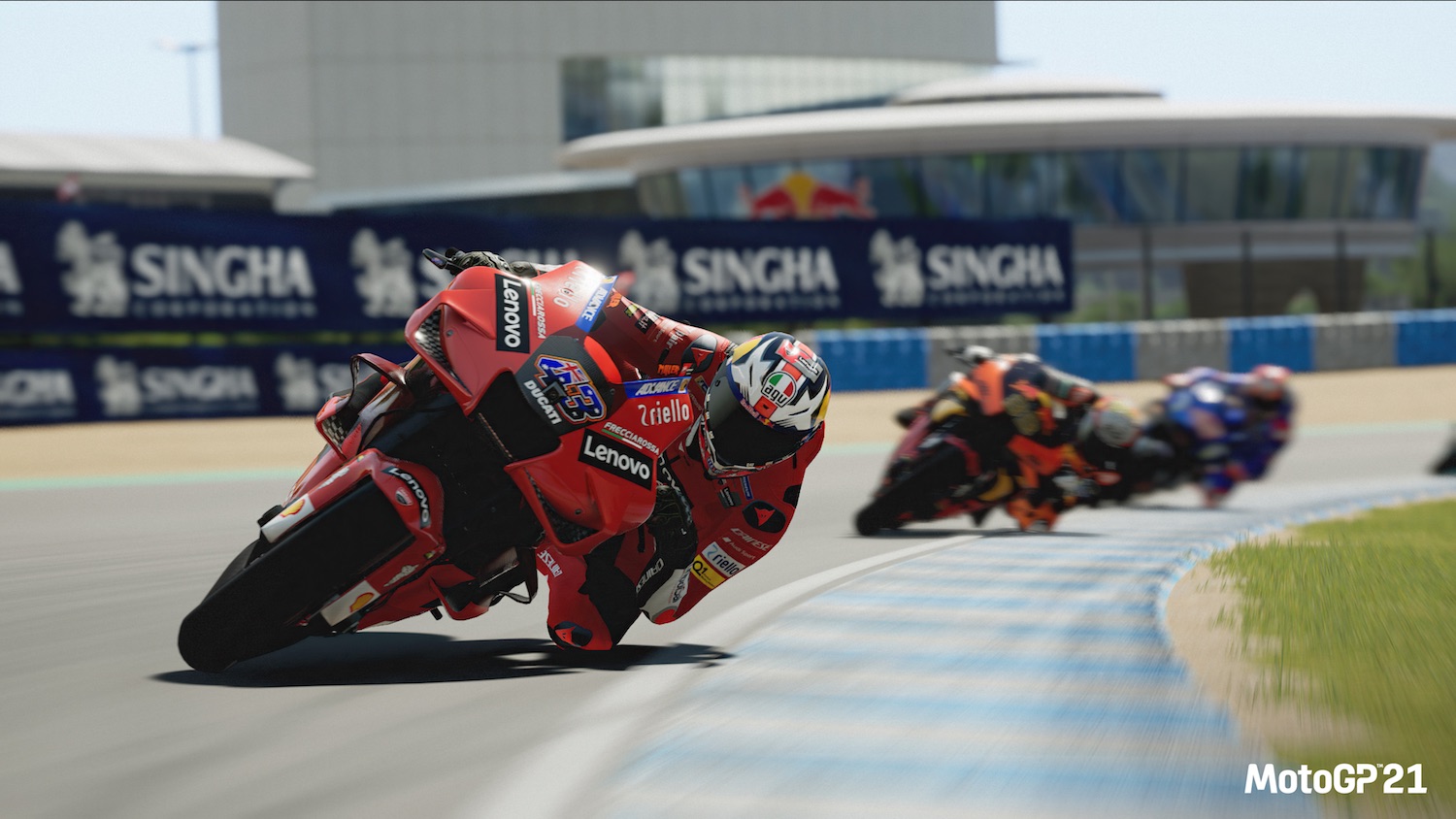