Developed and published by Capcom, Mega Man 11 is the 30-year culmination of the best that this classic action-platforming series has to offer. The requisite 8 Robot Master Bosses are present with an array of elemental powers, and in classic Mega Man form, figuring out the perfect order to fight these bosses and use their wild weapons – from screen-clearing blizzards and wall-crawling electrical pulses to bouncy balls and acid barriers – makes this elaborate game of paper-rock-scissors easier as you progress.

That said, to use the word “easy” when describing a Mega Man game isn’t a fair assessment, as the game doesn’t care. Mega Man 11 doesn’t care if you’ve been playing video games for 2 years or 20 years, whether you’ve had a bad day or spent hours laser-focused on perfecting your platforming skills. When it comes to Mega Man 11, the game plays you. Though Mega Man is known for adapting the powers of the Robot Masters that he defeats, it is you that needs to adapt to the game’s difficulty if you have any hopes of progressing. Even at the lowest of its 4 difficulty settings, Mega Man 11 makes you earn every victory down to the nail-biting wire, and I absolutely love that about it.

While I have faint memories of lining up at my local video rental store decades ago to pick up a copy of the latest unforgiving Mega Man title on the 8-bit Nintendo Entertainment System, Mega Man 11 does make a few conceits that allow newer players to gain a sturdy foothold on their climb to the top of Dr. Wily’s castle. The most prominent gameplay addition in Mega Man 11 is the Double Gear System, which gives Mega the ability to temporarily slow down time (via the Speed Gear) or power up his Mega Buster blaster (as well as his other abilities acquired after defeating bosses) using the Power Gear. Even with the abilities of the 8 Robot Masters, the Speed Gear system, and your trusty robo-dog Rush, you’ll be dying a whole lot as you traverse Mega Man 11’s expertly designed levels, and even more so once you finally make your way to the stronghold of your nemesis Dr. Wily. I’m not one to openly give spoilers, but you’ve been warned- the Yellow Devil has returned with a vengeance.

If you plan on playing Mega Man 11, and I absolutely 100% recommend that you do, be prepared to walk away from your game in a fit of frustration the first few times that you play. It’s also worth noting that picking up every collectible that you see on screen does pay off, as the bolts that occasionally appear can be used to buy permanent power-ups for Mega Man that make future levels much more manageable. Don’t look back in anger when Mega Man 11 decides to hurl a screen-full of enemies and insta-kill spikes your way, but instead appreciate the steep learning curve that you’re being led on that will give you an unparalleled sense of accomplishment when it’s all said and done. 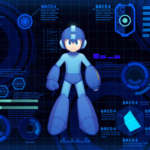