Not counting re-releases and remasters it has been about six years since Marvel vs Capcom fans had a new game.  With Marvel vs Capcom Infinite, we got an entry into the series that was worth waiting for.  The roster may have shrunk from Marvel vs Capcom 3‘s 36 characters (48 in the ultimate edition) to 30, including shedding any and all characters associated with the X-Men franchise, but there’s still a hearty array of characters to pick from.  In fact, the lower number of characters isn’t as noticeable as you would initially expect since the game also changed from having teams of three to just two.  That doesn’t excuse the removal of many fan-favorite characters such as Magneto and Wolverine, but it does make it a little more palatable.

Like most fighting games Marvel vs Capcom Infinite is really two games in one: a single-player experience and a multiplayer platform.  For gamers who gravitate towards playing solo, they will find a mountain of content waiting to be jumped into, although much of it may not make sense on a narrative level.  Between the story mode, an arcade mode with a different ending for each character, missions for every character and a large collection of unlockable items there are plenty of things to do in this game.The story mode is the primary focus, and

Marvel vs Capcom Infinite story mode is the primary focus, and unfortunately, it is the weakest of the bunch.  The story makes virtually no sense at all and is more concerned with making sure every playable character gets some spotlight than it is in providing a good reason for why that character is around.  It doesn’t help that you jump straight into the story with no context, and all the “first encounter” reactions are missed, which would have been entertaining.  Additionally, the length is padded out by generic fights against waves of faceless drone enemies frequently through the story, and they quickly become tedious.  There are some highlights — notably seeing how the various villains in the two separate universes get mashed-up, and anything Rocket Raccoon is involved with — but the overall package is weak.  Fortunately, the missions and arcade mode pick up the slack, and while they may not add much to the narrative they do add a significant amount of playable content.

The other component of the game, the multiplayer, is as polished as you would expect from a veteran company like Capcom.  Your first few ranked online matches will probably be a bit scattershot in terms of the skill level you face, but the game has a well-developed built-in algorithm that learns your skill level and matches you with people in the same range as you.  For true novices, such as myself, there is the option of playing in a beginners league, which limits your opponents to rank 14 and below.  Although I was beaten frequently in my few forays into the multiplayer arena I never felt like I was playing with people outside of my weight class, and that kept me from being frustrated.  I also never encountered any network problems with the servers, although that will also depend on your individual Internet connection. 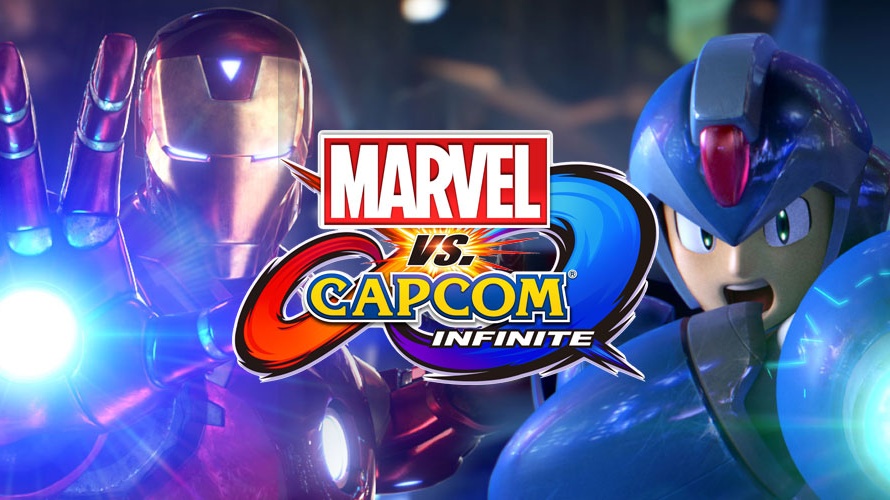 If I have one real complaint about this game it is the art direction.  In particular, the Marvel characters seem to have all visited a witch doctor prior to this game’s release and had their heads shrunk.  The body proportions on the regular human characters are generally skewed to ridiculous degrees — with Captain America being the most egregious example — although the non-human characters like Rocket or Mega Man turned out much better.  Gamora, of all characters, appears to be one of the only ones immune to whatever voodoo affected the others.  To counter this the rest of the visuals look fantastic, with particle effects of all colors (and I do mean all colors) flying around the screen and yet never getting confusing.  Whoever was in charge of the palette clearly couldn’t pick any favorites and just decided to use everything, and amazingly it works.  Once the fights get going this game looks stunning.  The cutscenes are another matter as I found more often than not I was wondering if Captain America’s chest would be able to support a Helicarrier landing on it, or only a Harrier.

Whether you are a single-player gamer or a fiercely competitive multiplayer fan you will find plenty to enjoy in Marvel vs Capcom Infinite.  The story doesn’t make sense and will be a disappointment for players making the jump over from Injustice 2, but the sheer wealth of content available will make up for that.  The multiplayer is finely tuned, and while the meta is still working itself out at the time of this review it shouldn’t take long for the true powerhouses of the game to move to the front.  You should expect to see Marvel vs Capcom Infinite be a mainstay of the fighting game tournament circuit for quite some time.  This is a solid fighting game, and genre fans should not hesitate to add to this to their shelves if they have even the slightest interest in the game.

Marvel vs Capcom Infinite on PS4 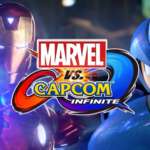