Kingdoms of Amalur Reckoning was a fun game that was overshadowed by the controversy surrounding it. First released in January 2012 to mixed reviews, the original company behind it — 38 Studios — filed for bankruptcy in May that same year, leaving the game as a near-forgotten relic. I was among those who greatly enjoyed the game while acknowledging that it was heavily flawed in some areas. When a remaster was announced earlier this year I was excited to jump back into Amalur.

The gameplay of Kingdoms of Amalur: Re-Reckoning is largely unchanged from the original. There’s a heavy emphasis on active, kinetic battles that would be reminiscent of Monster Hunter games, if not for the disparity in difficulty levels. Similarly, the open-ended progression system for your characters — which I felt was one of the game’s biggest strengths — has remained as it was. Even though the genre has evolved in the last eight years this still holds up pretty well.

If there was a key descriptor for Kingdoms of Amalur Re-Reckoning, it’d be “easy”. This applies both to things like the learning curve and accessibility, but also to difficulty. To many people, this was the biggest sticking point of the original release, as veteran gamers were hoping for a bit more of a challenge. This release does ramp up the difficulty, relatively speaking, but it still lacks a challenge. The biggest adjustment is that villains will scale to your level, but only to a certain point. There is also the inclusion of a “Very Hard” mode, but honestly, it compares to “Normal” for most games. This is not inherently a bad thing, though. Sometimes you want games that will test your skills like Dark Souls, and sometimes you just want to be a damage-dealing death-god. This is the latter, and you should base your purchasing decision largely on what kind of gamer you are in that regard.

In terms of graphics, the re-release is a noticeable step up to the console releases of 2012, as you would hope. Coming from the PC version the upgrades are less noticeable, and it feels like the current console release is in rough parity with high-end settings on the original PC release. The frame rate never stuttered in my time with the game, and at least on the PlayStation 4, I didn’t encounter any serious bugs. Reports from Xbox players say it is a much different experience over there at launch.

Kingdoms of Amalur Reckoning was a game that got buried too quickly. It offers up a fun, satisfying experience with a surprisingly deep and rich world. I truly hope that this re-release does well enough to warrant a proper sequel somewhere down the road. This release comes with both expansion packs from the original game, and a brand new one is due next year.

Still, despite all that for a game that is eight years old I feel that a $39.99 is a bit much. There’s a graphics upgrade for the consoles and some back-end tweaking to the difficulty curve, but functionally not much is different. If that $39.99 included the upcoming expansion pack it would be easier to justify, but it does not. Still, if that base price point is what was required to get the game re-released then I’ll accept that. But unless you truly loved the original and want to dive back in right away (like I did) you wouldn’t be wrong to wait for a sale. If you do jump in you’ll get about 30 hours of gameplay in the base game, and another eight or so hours from the two expansions combined. There’s plenty here to love, and I am immensely enjoying my time in Kingdoms of Amalur Re-Reckoning.

Kingdoms of Amalur Re-Reckoning on PS4 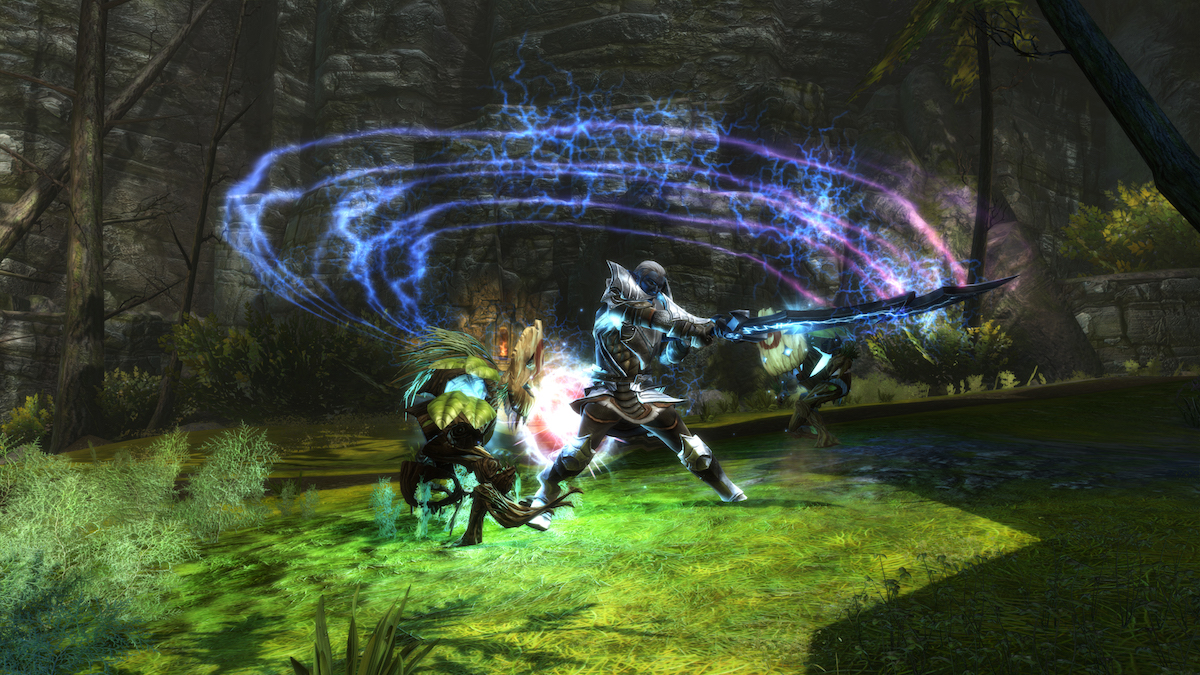