Just Cause 4 from Avalanche Studios is the game that we had hoped Just Cause 3 would be.  From the technical issues to the vehicle control problems and on to an expanded arsenal of weapons and tricks, just about everything in Just Cause 4 is an improvement.  Even with that Just Cause 4 is not perfect and suffers from its own issues, but more often than not the game’s emphasis on chaos and fun shines through its defects.

The story, such as it is, features Rico Rodriguez attempting to destabilize the fictional South American country of Solis.  As per usual a dictator has taken power in the region and rules it with an iron fist. The added twist this time around is that part of his iron grip comes in the form of a giant tornado that wanders the countryside and makes things difficult for Rico.  There’s a bit more to the plot as the game goes on, but frankly calling it a “story” is generous and it is just a framework for the game to work with.

A lot of the gameplay will be familiar to Just Cause veterans with the parachute, grappling line and wingsuit all returning. Just Cause 3’s addition of explosives that could also act as rocket boosters are improved on since they can be deployed at a distance now, and you can control the intensity of the boosters’ power.  They are also joined by balloons which can lift enemies and objects high into the sky.  All of these items can be modified to a certain degree to fit your style of play.  To add onto the good news the variety of mission types have been increased, and the longer is a series of liberating towns by destroying all red objects .  It’s still about liberating areas of the maps, but the ways in which you do that are varied.  It helps prevent the game from being as its predecessor.

From a technical perspective, Just Cause 4 is not perfect, but it is still a massive improvement over Just Cause 3.  Load times are significantly improved and the frame rate stayed relatively steady at 30 FPS on my Xbox One with only a few dips during the most intense action scenes (and, oddly, during cutscenes).  The game is heavily reliant on its physics engine, and as is often the case with such games this can result in some unintentional absurdity.  The grapple line can cause ‘Looney Toons’ levels of cartoonish insanity with items and people sling-shotting off at atridiculous speeds.  The game , though, and keeps track of all sorts of gaming metrics and compares your friends on its leaderboard.

Just Cause 4 is less of a game and more of a chaos sandbox.  It is at its best when you go wild and experiment.  This is not a serious shooter, and indeed you’ll find the game is often more fun when you don’t even use guns at all.  That said, if you do decide to get into the gunplay you will be rewarded.  Every gun has an alternate fire, and most of them are insane.  The sniper rifle, for instance, has an underslung guided missile launcher, just cause.  The game seriously falters with its tutorial and many players may miss out on some of the fun to be had simply because it’s not well explained.  Additionally, the controller is so crowded that most buttons have both a “press” and a “hold” action.  I often forgot about things I could do simply because my brain was already full with everything else.

In this incredible 2018 season, it is hard to recommend Just Cause 4 over most of its competition.  This won’t give the satisfying narrative of God of War or Assassin’s Creed: Odyssey, and it lacks the fine-tuning of its shooting mechanics like Battlefield V or of Duty Black Ops 4.  But it does have an abundance of crazy moments that will leave you grinning and giggling.  While it is nowhere near Game of the Year material, I had more moments in Just Cause 4 that stand out in my memory than most other games this year, and that alone is cause to recommend it as a palette cleanser between more serious games.

Just Cause 4 on XBO 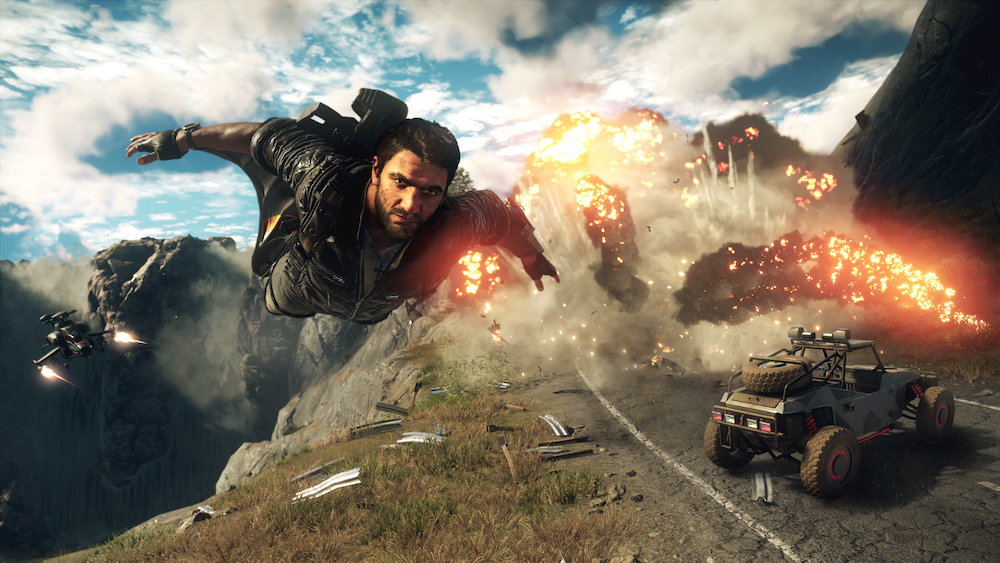