Rico Rodriguez is back again for Just Cause 4 which was revealed during E3 Expo 2018 from Avalanche Studios and Square Enix. Just Cause 4 is set in the fictional South American world of Solis with plenty of greenery, bridges, mountains and fun places to explore! We had the chance to sit in on a private demo presentation with developers running Just Cause 4 in real time during our time at E3 Expo 2018.

Just Cause 4 has added some new elements to Rico’s grappling hook which now has modifications and allows you to stick abilities to objects in the world like the ‘airlifter’ which will make large objects float and the ‘booster rockets’ which give jet propulsion to just about anything seen on the screen. We also witnessed other modifications using Rico’s grappling hook where he could add explosions or electrical charges to his many ways to attack or create destruction. 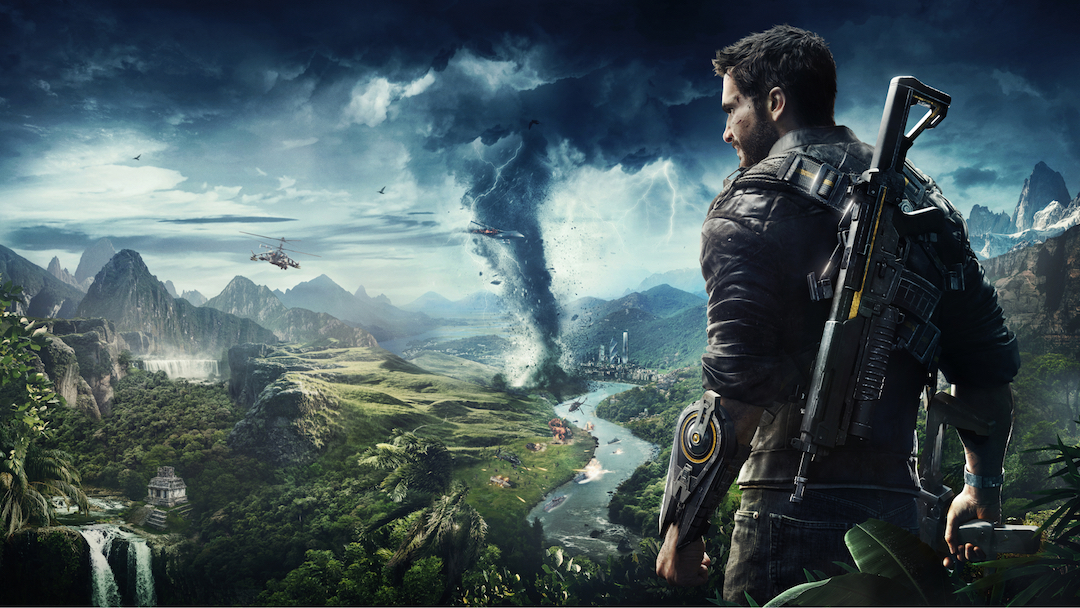 Fans of Rico’s ‘wingsuit‘ will be happy to know that it too has been given some upgrades and will allow you to utilize the wind to help guide your direction for floating and/or descending. We saw the Just Cause 4 developers use a variety of movements during our presentation using both the grappling hook to launch forward and then the wingsuit to glide over areas. The games’ engine seems fluid and robust with a smooth frame rate and chunky sounds for each explosion.