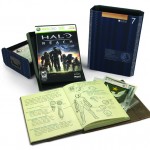 Since the end of development on Halo 3: ODST (July 2009), Bungie Software has been building up a new Halo game that looks to rule them all. Gathering developers from FASA Interactive who worked on Shadowrun and originating Bungie employees, a new kind of gameplay has arrived creating a new face to the Halo franchise. With a mix-up of class-based and run-and-gun gameplay, HALO: REACH looks to fill the appetite of gamers hungering for FPS shooters in the series. Will this game bring in new and old fans of the gaming community together for a flaming rampage or will it just end with a simple headshot to the back of a Spartan’s helmet?

Like any Halo game, it’s a typical run-and-gun but with a new edge. Armor abilities change the whole feel of the gameplay making it feel more like a fast paced Shadowrun title made by Bungie. Currently in the beta, there is a limited list of abilities that players can use that seem to need some balancing or practice: Sprint (exclusive to the Spartans), Camouflage, Jetpack, Overshield and Evade Roll (exclusive to the Elites).  More experienced players will use an unpredictable game plan between the abilities making more interesting and difficult matches, creating a change in the gameplay experience that has been much needed since Halo 2. 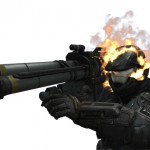 In a first-person shooter, guns should be the focal point but unfortunately this is not true since the best ways to deal damage to enemy players is through melee or grenades. Melee weapons take down enemies in half the time compared to assault rifles, creating more close-quarter combat situations than before. It can be more effective to sprint at an opponent that is shooting at you and melee them twice than to try to shoot back. Moving from close-combat to distanced combat, the pistols and rifles are effect but not as much as a perfectly thrown grenade. A well-thrown grenade landing under an enemy will not only take out their shield but a portion of their permanent health, creating a frustration for those who fight against grenade-spammers.

The maps that are available for the beta thus far are great, but the game types for those maps create an unbalance for particular teams in favor. For One-Flag on Sword Base, it is a sprint to what should be a defendable flag-room for the defending team. Unfortunately, this is not the case due to the placement of the flag and capture points. As the defending team spawns in the Intelligence Room, the attacking team spawns above and adjacent to the flag room creating a struggling making it impossible for a defense to be set up around the flag creating stalemates almost ever match. For One-Flag to work on Swordbase, the flag needs to be in the same room as where the defenders spawn and the attackers to be exactly on the other side of the map. For Headhunter on any map, the spawns are random, creating an experience that is the most aggravating from any Halo game type I have ever played. Spawning next to rockets and the DMR on Powerhouse can mean an instant victory if the player has the basic knowledge and skills to gather enough skulls for an early game Skullamanjaro. If Headhunter is going to continue on into the full game, it will require no weapon spawns on the map with everyone having the same weapons in hand creating a balanced game play experience that won’t create many rage quits to come.

Halo: Reach looks to be promising but you can only tell so much when the game is in beta.  Teasers for the single player modes look intriguing and this game will be on everyone’s radar in 2010.  I look forward to seeing the final outcome from Bungie which comes out exclusively for the Xbox 360 in the fall, 2010.