Chess Ultra is the sequel to the 2012 game Pure Chess. The new Chess Ultra by Ripstone Games is chock full of gameplay options whether you want to play a quick game or something more advanced such as a tournament. As I’m a novice player, I decided to refresh my knowledge using the built-in tutorials that provide guidance on everything from how a piece moves to common chess opening moves. Chess Ultra provides 10 levels of difficulty from Novice to Grandmaster and is directed by the Elo score. The novice AI has an ELO score of 1040 while the Grandmaster has an ELO score of 1429. After a few games, I was able to move my ELO score up to 1165 although I still feel like a complete novice.

Along with matches against AI, Chess Ultra offers the option to play online in either a single game or if you are more adventurous tournament play.  In an effort to improve my skills, I took a look at the Challenges game mode. Here I was provided with a scenario and asked to solve the puzzle to complete the challenge. There are 80 challenges ranging from the simple like getting checkmate on your opponent in one move to the more complex challenges where I was asked to jump into a historical game and win in the same fashion as the real match. One other mode I thought was intriguing was the option to play against people on Twitch TV. I set up a game on Twitch and it was fun to watch the chat vote on each move. I lost the game, but enjoyed the experience.

Graphics in Chess Ultra are striking with 4 different locations, 4 different piece designs and over five types of material for the pieces including metal, plastic and wood materials. If you can’t decide what background, piece design and material you want to use in your game, there is a randomize button that will select them for you. I’m fairly traditional so I typically use the standard chess pieces with the plastic look and a library backdrop. If you have a VR headset, the game immediately becomes more immersive and lets you focus on your game and scenery. I haven’t seen it personally, but the one negative thing I’ve read about the VR is that some of the backgrounds appear pixelated. However, when playing in VR, you play against the Grim Reaper in the Gomorrah setting and the game looks more interesting as you see him react to his pieces being taken off the board. I wonder if additional characters for VR will be added in the future.

One of my favorite aspects of Chess Ultra is the audio. Soothing classical music plays in the background and helps you focus on those next moves to defeat your opponent. I loved sitting there examining the board and all of a sudden Ave Maria begins to play in the background. I wasn’t expecting that and it was a pleasant surprise.

If you are in the market for a solid chess game, look no further than Chess Ultra by Ripstone Games. The game is available for $12.99 on Steam, Xbox One, PlayStation 4, and includes VR support for Vive, Oculus and PlayStation VR.  The number of gameplay options available given the price-point makes this a must buy for any fan of chess. Even if you aren’t a huge chess fan, I think you will have a fun time improving your chess game. 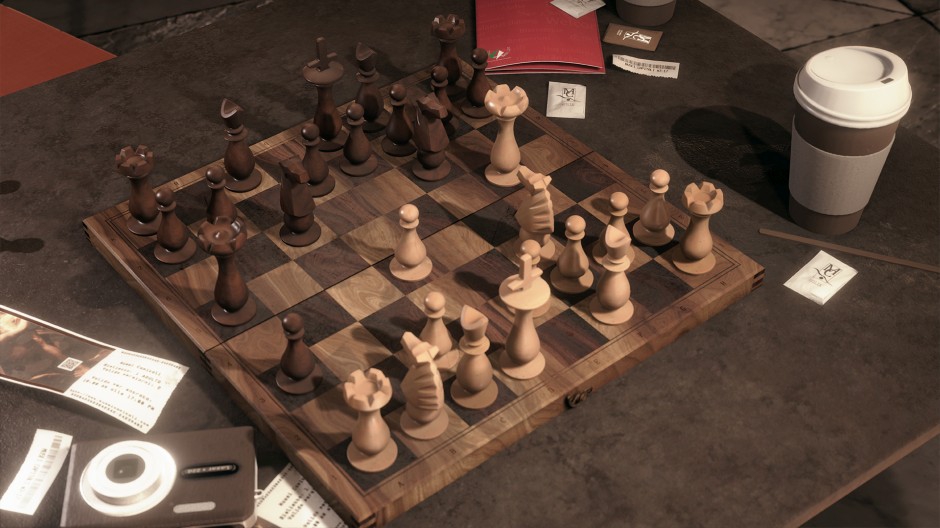