We had a chance to stop by Activision’s Treyarch studio this week to celebrate the release of the Call of Duty Black Ops 2 Revolution DLC Maps release with Matt Cain from the San Francisco Giants and Evan Longoria of the Tampa Bay Rays.  Both Baseball stars were on hand to check out the latest COD Maps and compete in a friendly ‘Grudge Match’ at the Treyarch headquarters along with select media and developers. 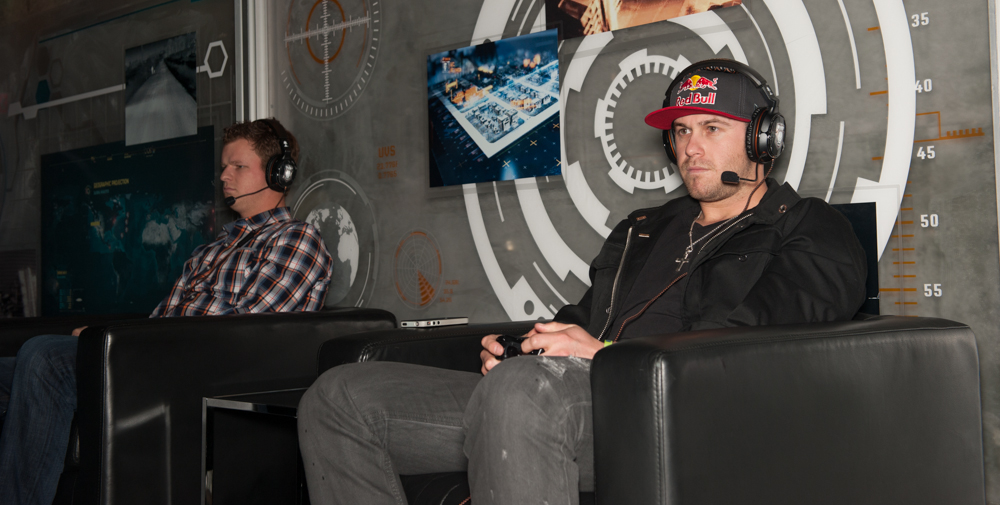 The new Call of Duty Black Ops 2 Revolution DLC Maps are Downhill (a ski lodge), Mirage (a fancy desert villa), Hydro (a water-filled level dam) and Grind (a larger then life skate-park).  The new maps are available this week exclusively on the Xbox 360 (later on other platforms).  The new maps offer some interesting environmental hazards – Downhill has moving Gondolas that can knock you over if you aren’t paying attention and Hydro is like fighting bad guys inside a water-park.