The Alien franchise has had its fair share of disappointing video games, with the poorly received 2013 Aliens Colonial Marines being just one example.  With that in mind, it makes sense to enter Aliens Fireteam Elite with skepticism, but thankfully it made good use of the license.  The Alien franchise is well suited for a Left 4 Dead style survival shooter, and Cold Iron Studios gives it a strong adaptation.  It never surpasses some of its forebearers, but the switch from zombies to aliens gives it a unique flavor.

Aliens Fireteam Elite casts you as a nameless marine in a three-person squad assigned to extract a scientist from a remote installation.  The story expands from there over the course of multiple chapters which are further divided into various missions.  In the background, a tale of corporate greed and arrogance unfold while you face down thousands upon thousands of xenomorphs.  The story may not be particularly stand-out on its own, but it does make me feel nostalgic for Alien and Aliens, which is frankly all it needs to do.

The game doesn’t just draw storytelling ideas from the two best movies in the franchise, but also the atmosphere.  It forgoes the horror bent of Alien in favor of the alternating tension and the action of Aliens.  The overall aesthetic also borrows heavily from the first two movies, and it really does feel like you might turn a corner and find Newt or Ripley waiting for you.  Importantly, the game also brings a lot of audio authenticity to the mix.  The first time I fired off my rifle the piercing whine of its rapid-fire brought a stupid grin to my face.  The flamethrower, shotgun, and smart gun all are similarly crafted with such loving attention.

Not everything is perfect in the world of Aliens Fireteam Elite, though.  For all it gets right with the atmosphere and weaponry, your mute protagonist is surprisingly lifeless.  I feel like one of the lasting legacies of Aliens was the amazing banter between the squad, whether it was Bill Paxton’s hammed-up hysterics or Jenette Goldstein’s machismo, and this game has none of it.  There’s a running commentary provided by your squad lieutenant (usually safe back in the command HQ) or one of the NPCs you’re escorting, but it is just not the same.  There’s also a distinct lack of variety in the missions, which follow the genre standard go from point A to point B, with a horde attack at some point in between and also at the end.  There’s nothing wrong with following the formula, but it does make the missions blend into each other after a while.

Aliens Fireteam Elite is at its best when you have two friends to team up with.  You can also use matchmaking if you want, though you have to pick a mission that restricts the pool of potential allies.  Any slots you can’t fill with humans will be assigned by bots, so you’ll never be truly alone.  Your AI buddies aren’t the dumbest out there, but you want to grab humans if you can.  The good news is that the AI doesn’t need to reach the evac point, so you’ll never fail because of bad AI, and they’re also not bad shooters.  Unfortunately, they can’t use most of the classes available to you, which hampers them quite a bit.  If you do decide to go solo, you may want to pick an easier difficulty setting since the game is tuned for a squad of humans.

If you are looking for a solid horde shooter, Aliens Fireteam Elite is worth a look.  At the very least it should hold you over until Back 4 Blood later this year, and it makes for a nice break from the regular zombie motif.  It doesn’t have any PvP integration like others in the genre, but the gameplay is a ton of fun and well-tuned.  Most of my complaints revolve around quality-of-life improvements rather than actual problems with the game, which makes for a nice change of pace these days.  Long-suffering Alien fans should give this a look, as well as gamers looking for a good squad-shooter experience.  I am not sure how much longevity the game will have, but even playing solo you’ll get your money’s worth out of Aliens Fireteam Elite. 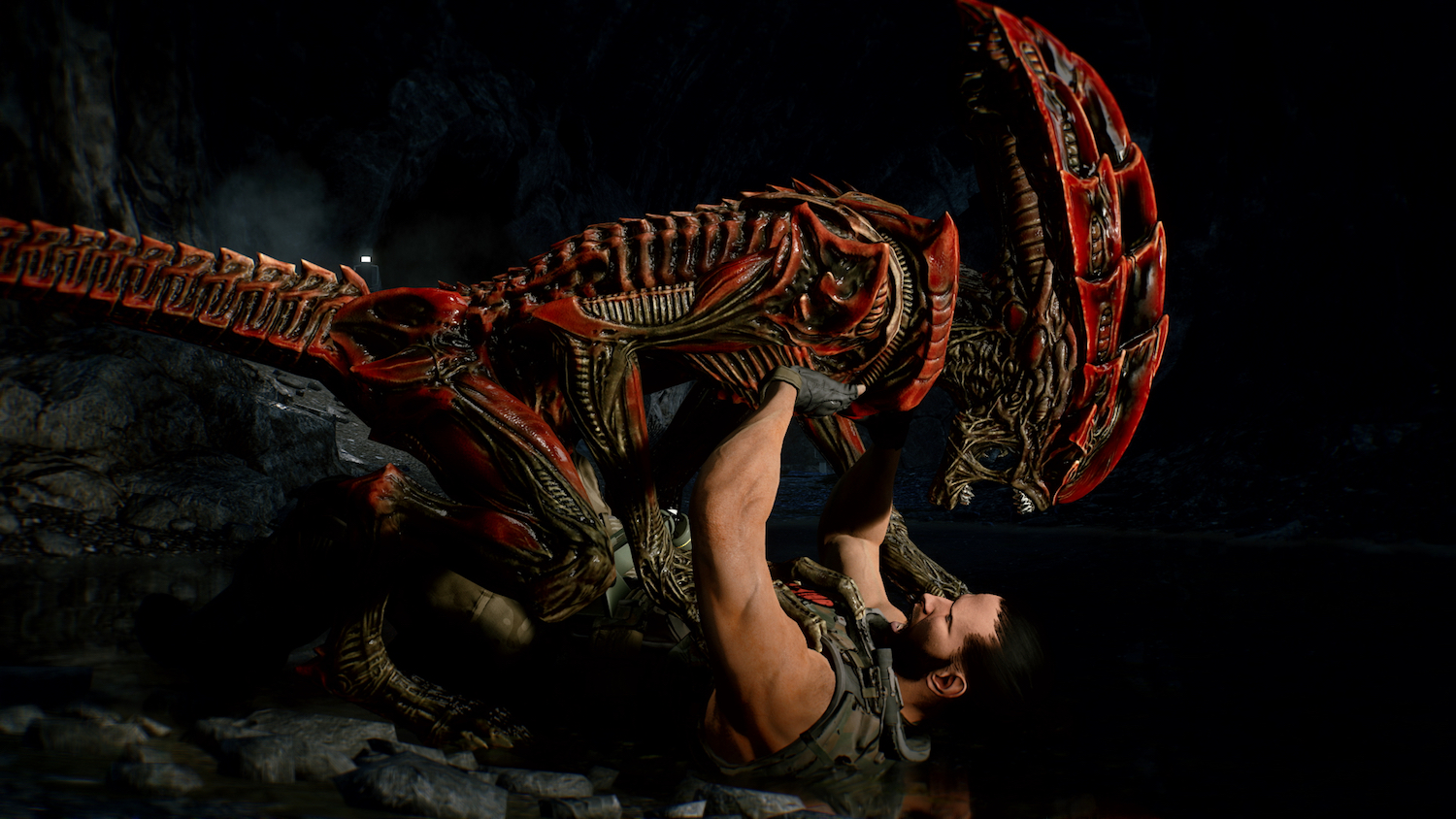